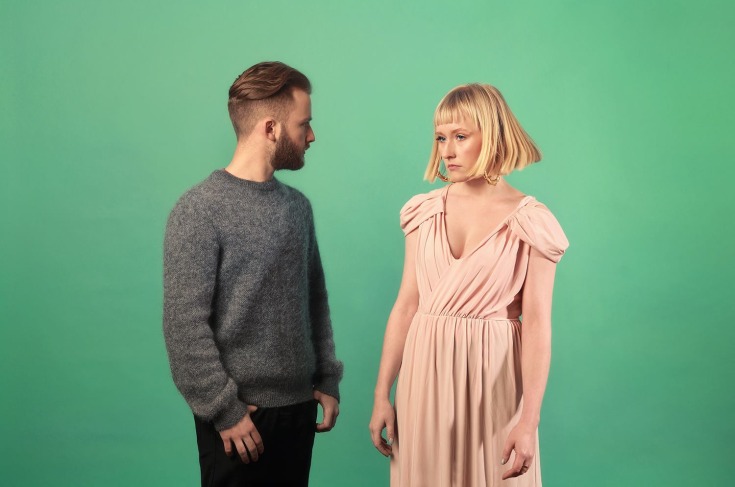 Electronic two-piece Young Wonder have released their debut album Birth today (May 18th) and will launch the record with a show in Whelan’s this Friday. Vocalist Rachel Koeman recently spoke to TLMT about writing, recording and the influences behind the record.

How did you go about choosing songs to go on your upcoming debut album? Was it difficult to leave some to one side?

We didn’t write the album the usual way people do it – they write a bunch of tracks and choose the best. We worked a little different and actually created tracks as we went and each track we created went into the album as a piece of the puzzle.

What did you find yourself writing about the most on Birth?

I found myself concentrating on the idea of the human condition; different ways we suffer as people with consciences, and different ways in which we find pleasure. I’ve always been interested in how people deal with different things in their lives and I always wanted to write lyrics that people could understand and relate to.

What were you listening to, or what influenced your music whilst making the record?

A lot of different music has influenced us throughout the making of birth. We listened to pop music, electronic, chillwave, alternative music and music from different countries.  Lyrically, I was influenced more by books and by things I had experienced or noticed in my life or other people’s lives.

How do you think Young Wonder’s sound has changed during the making of Birth?

I think it has grown into something which is more mature and more well produced. We really spent our time thinking through everything in the album and nothing was rushed which really allowed our sound to evolve, and evoke as much emotion as we wanted to.

You guys have a strong live reputation. Has Young Wonder’s live show changed to suit certain aspects of the new album’s sound?

We have created a new live set which is actually more live than ever before and we feel very strongly that this will reflect our sound the best way possible. We are so excited to play as many amazing shows as possible.

What are your plans for the future?

Our plan is to tour the album and play as many great shows as possible. After that, who knows? Anything is possible!

Tickets to see Young Wonder live in Whelan’s on May 22nd are priced at €13 and are on sale from today via ticketmaster.ie. See below for full list of upcoming shows. Birth is out now.