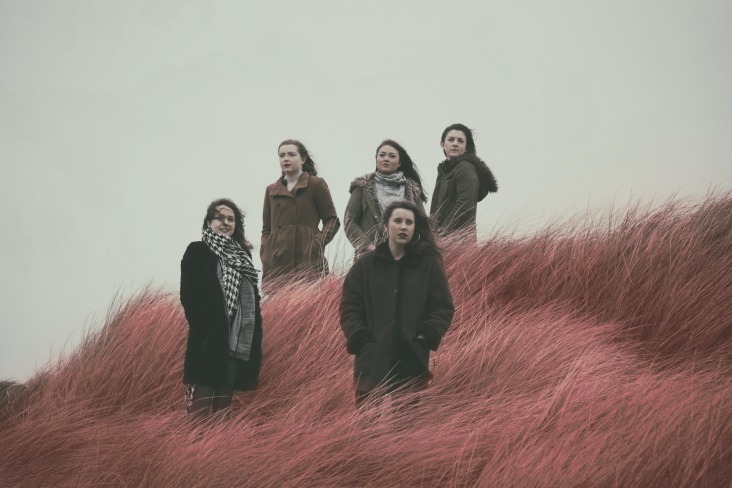 Indie-rock five-piece Featuring X have released their new music video for the single, ‘More Than You Can Chew’.

Featuring footage from a forthcoming documentary on the band that is due for release this summer, the video for ‘More Than You Can Chew’ follows Featuring X through the studio recording process.

The single itself is a definite departure in sound from Featuring X in comparison to their breakthrough single ‘Wild Love’, which came out last year.

Finding the five-piece merging their indie-rock backbone with some catchy pop sensibilities the track is a compelling, hook-laden return from the band, and showcases their own growth and progression as songwriters. Delivering a sound that has it’s core within the booming, rhythmical choruses that are one part Haim and the other completely their own.

Featuring X will play several live dates around the country this summer including appearances at the Vantastival and Canalaphonic music festivals. See below for full list of shows.

Click above to watch the music video for ‘More Than You Can Chew’ by Featuring X. The single is due for release on April 16th and is available to pre-order via iTunes.

1 comment on “Watch | Featuring X – More Than You Can Chew”