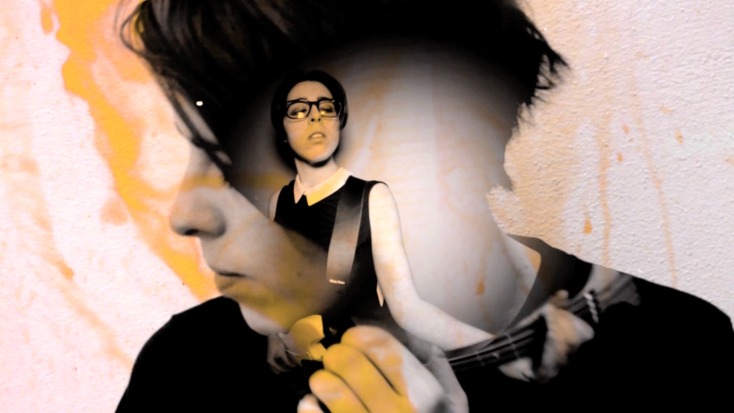 The Last Mixed Tape is proud to premiere the new video from Kate’s Party for ‘You’ve Got Time’, the band’s contribution for the Record Store Gay 2015 cover compilation album.

A cover of Regina Spector’s theme song for the popular TV series Orange Is The New Black entitled ‘You’ve Got Time’, Kate’s Party put their own take on the original with Spector’s cutting songwriting style perfectly merging with the band’s hard-edged punk-pop sound seen on their impressive debut album Hollow.

Shot by vocalist Sarah Corcoran at the Outhouse in Dublin, the video for ‘You’ve Got Time’ makes great use of security camera perspectives and a black & white colour palette that suddenly gives way to large splashes of orange that give way to fun finale to the video itself.

Speaking about their choice of cover for this year’s Record Store Gay the band state: “Every year on Record Store Day, the cool folks at Record Store Gay put out a compilation of Irish artists covering their favourite queer anthems. We deliberated over a Corrs cover but eventually settled on our favourite Netflix show’s theme song. We incorporated the Orange Is The New Black element into the video by absolutely destroying ourselves with orange paint (thanks to everyone at Outhouse Dublin for letting us use your lovely premises!) The concept of this video also required us to clone ourselves which was a costly procedure but it was worth it.”

Click above to watch the music video for ‘You’ve Got Time’ by Kate’s Party.

Credits:
Video by Sarah Corcoran.
Shot at Outhouse Dublin.
With thanks to Niamh, Efa, Nicky, Áine, Peter, Seanie & Jen for their help.