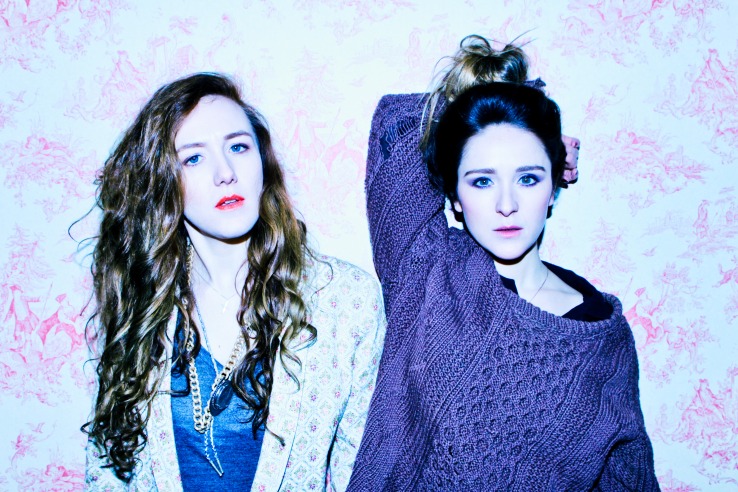 Alternative-pop act Maud In Cahoots will perform live at this month’s (April 15th) Culture Vultures showcase in the Odessa Club. Ahead of the show vocalist Maud Reardon spoke to the Last Mixed Tape about the band’s changing sound, influences and plans for the future.

Your set at Culture Vultures will the band’s first in a while. How has Maud In Cahoots live sound grown since Dublin Fringe Festival/HWCH?

We have bought a synthesizer! We are experimenting with playing the cello through a guitar amp with effects. We’ve streamlined the sound, but we want the live set to have impact, to be dramatic and for the songs to tell a story. We’re also experimenting with electronic drum pads and blending that with the live kit.

Has the process of working not only on new music for MiC but also Zoe’s The Well Rested Terrorist shaped or changed your sound or approach to songwriting?

The Well Rested Terrorist was a live concept album, and the process of making that has made us think about writing music with a strong visual idea, and how story telling is done through songs. We are interested in the frame of the concept album and it could be the way we approach a full MiC album in the future.

Are there certain themes or subjects that you’ve been drawn to as you write?

We draw from our own experience for inspiration. The songs might start from a memory, but they quickly take on a new meaning in the process of writing, so they’re not fully autobiographical, but definitely ‘inspired by true events’ as they say in the movies! We’re interested in word play and visual metaphors-for example, the well rested terrorist is a subversion of the idea of a terrorist. ‘Trapped in Freedom’ (listen below) is another example of word play, and the idea of the restriction of choice.

What music or albums are you listening to at the moment?

We’ve been watching and listening to a lot of theatrical artists with unique performance and vocal styles. David Byrne, Bjork, Bobby McFerrin, Kate Bush. We like to create a dramatic and visually interesting live show so we watch how different artists present their material and how an audience reacts emotionally to different styles of performance. We have also been listening to a lot of Bruce Springsteen.

What can we expect to see from MiC in the coming months?

We’re doing a series of gigs across Ireland in late april culminating in a show in the Grand Social on Thursday 23rd April, then going to Canadian Music Week in May, and finishing that tour in New York with a gig in the Irish Arts Centre and Rockwood Music Hall. We will be releasing a single in conjunction with that tour-so watch this space!

Tickets to Culture Vultures (guests: John Colleary, Antonia Campbell-Hughes & Maud In Cahoots) at the Odessa Club on Wednesday, April 15th are priced at €10 and are on sale now via entertainment.ie. Doors are at 8pm.