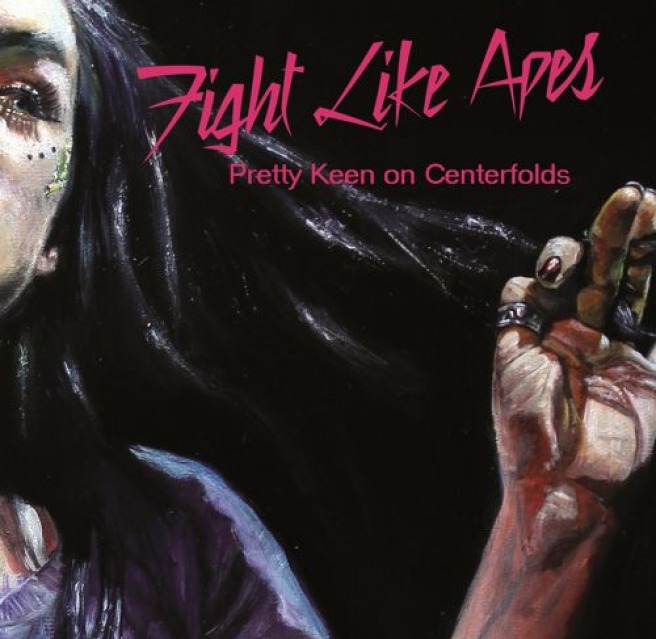 In this edition of T.L.M.T’s song of the week feature The Mixed-Tape we turn our attention to Fight Like Apes and their brand new single ‘Pretty Keen On Centrefolds’.

Fight like Apes has continued to mature since Whigfield Sex Tape and its stand-out single ‘Crouching Bees’. With ‘Pretty Keen On Centrefolds’ the frantic mania of the group’s earlier career has subsided into a sound that keeps their characteristically wry lyrical bite but surrounds it in a more brooding, tense electronic music.

With Mak Kay’s voice dominating the track with an intensely upfront performance it becomes clear that both the vocalist and the band have something to say.

With album three on the way it’s exciting to hear Fight Like Apes have not looked to recreate the punkish aggression that made their previous records connect so clearly with their audience (the band’s live shows are an example of this), but instead have changed and expanded their sound.

‘Pretty Keen On Centrefolds’ is as fiery and pointed as you’d come to expect from the Fight Like Apes, but this time with something more happening under the surface. To hear just what the something is we will have to wait for the album itself.

Click below to listen to this week’s addition to the Mixed-Tape, ‘Pretty Keen On Centrefolds’ by Fight Like Apes.