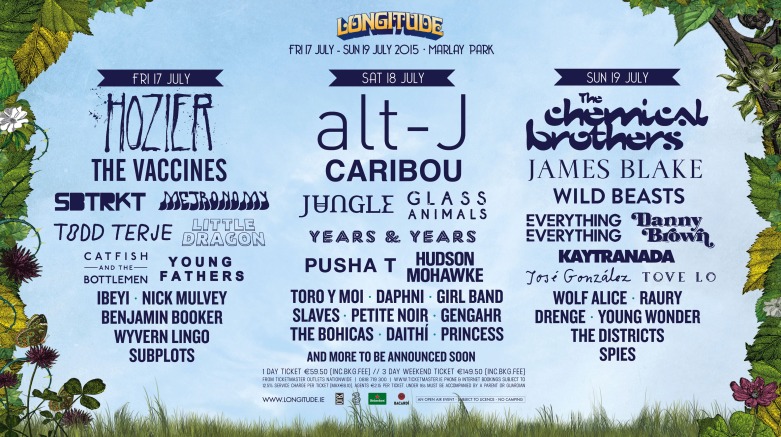 The day-to-day breakdown for this summer’s Longitude festival has been confirmed today. including the addition of new acts to the bill.

The breakdown finds Hozier headlining on the Friday, July 17th, Alt-J on the Saturday, and the Chemical Brothers on the final night (July 19th). See full details above.