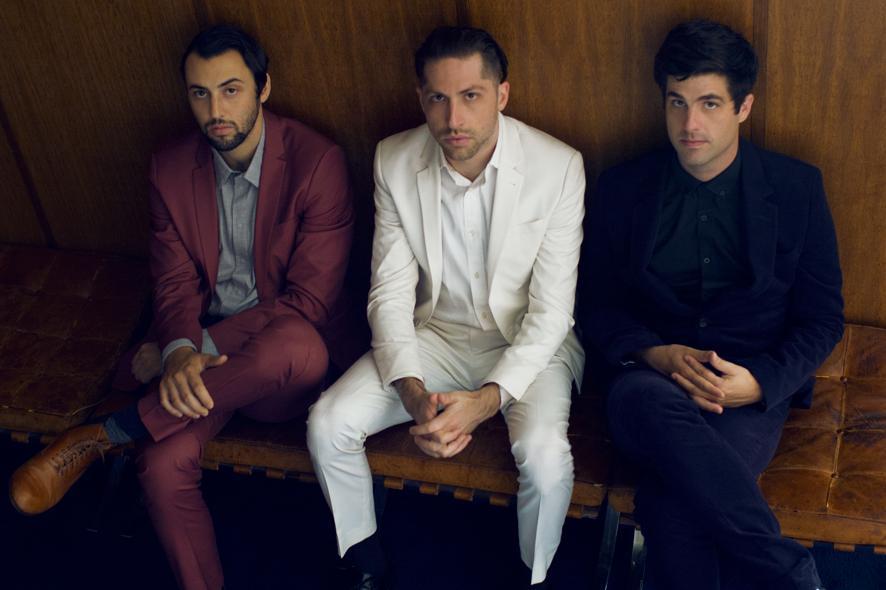 “I think it’s a harder album” says Shuman on how Mini Mansion’s new record The Great Pretenders compares to the band’s 2010 self-titled debut. “Not harder as in metal, but the sounds are harder, cleaner. Everything was done through an analog desk to tape, and I think that helped too.”

With this change in sound, Mini Mansions have also changed lyrically. “We’re four years older now, so we’re in a different head space. A lot has changed” he reflects. “On the first day of recording, I had just ended a long relationship. So that definitely affected things, even though the songs had already been written the performances changed slightly”.

The making of The Great Pretenders also saw Mini Mansions working with Beach Boys’ legend Brian Wilson on the track ‘Any Emotions’. “It was a once in a lifetime thing” Shuman comments. “Unfortunately I couldn’t be there when Brian put down his parts, Zack was. But from hearing the recording it was amazing, and he was so kind and generous with his time.”

Mini Mansions are also currently signed to T-Bone Burnett’s record label Electromagnetic. Speaking about how working with music legends such as Wilson and Burnett, Shuman said. “We’re a private band really, that’s why we wanted to self-produce. But I think you pick up something from someone everyday, every experience teaches you something new. T-Bone was great because he just let us make the record we wanted to make”.

Indeed, with Mini Mansions given the freedom to produce their own music The Great Pretenders takes in an array of influences and styles. The album’s lead single ‘Death Is A Girl’ showcases this diversity in sound.

Speaking about the single Shuman comments: “We wanted to lead with something different. It’s a little off-kilter, but the whole album is pretty different really (laughs). But I think it’s a fun, heavy dance song and if you haven’t heard our music before I think it’s a good introduction to it”.

Mini Mansion sophomore album The Great Pretenders is out now. Click below to listen to ‘Any Emotions’ featuring Brian Wilson.