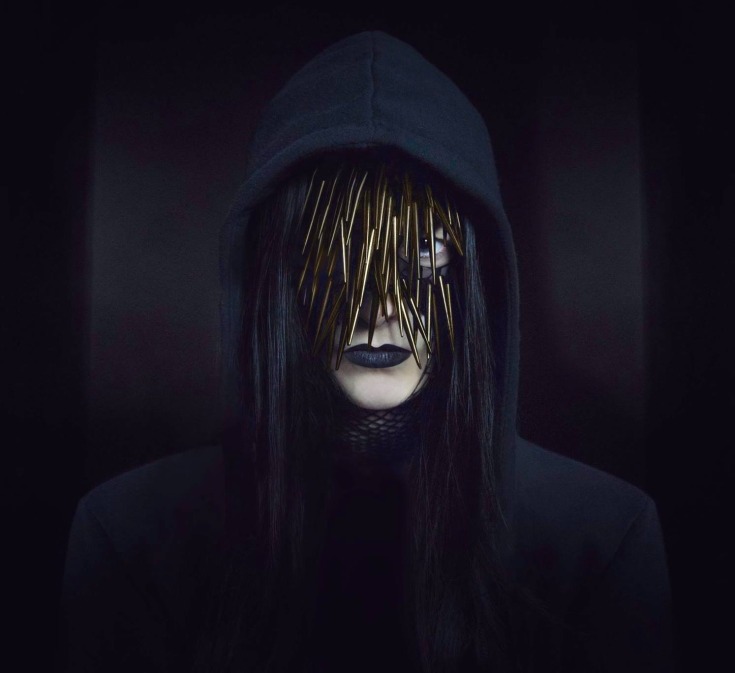 Laura Sheeran is set to release her new album Spellbook this year, following months of work the songwriter has crafted a characteristically individualistic concept for the record, a piece that merges visual and musical mediums. Laura recently took the time to speak to the Last Mixed Tape about the L.P’s making and the influences that shaped it.

“I missed working in a visual way” Sheeran recalls about what inspired Spellbook. “I used to paint all the time, but when I started releasing music that just kind of stopped. It was only when I began working with visuals for Nanu Nanu and Unit-1 that I realised how much I missed it.”

This re-emergence of visual media into Sheeran’s art began to inform her music, leading to the unique concept of the songwriter’s new album. “Sometime you just have an idea that appears out of nowhere” Laura explains.

“For example, one day in my imagination I saw a pair of long black PVC gloves holding a bunch of flowers and they were bristling or quivering in the wind. I felt I had to film it! Although finding a pair of PVC gloves is harder than you’d think (laughs).” Sheeran continues. “But it’s from there that one image I would get all sorts of musical ideas”.

With this inspired way of creating music, couple with her work as one-half of Alien-pop duo Nanu Nanu, Sheeran’s sound has also changed her last solo album, What The World Knows. “This record is a lot more instinctive, more free. The only part that I’m really controlling is the production of it, I’m a lot more focused on that part”.

“My ability with electronics and just production has gone up one-hundred percent since my last album” the songwriter elaborates. ” I listened back to those songs recently and there are parts of them where I think “what are you doing”, things that I wouldn’t do now. I’m interested in cross-pollination of ideas, I don’t ever want to be seen as just one sound”.

Indeed there seems to be a real creative and cathartic fervour behind the making of Spellbook. “There’s one song, called ‘Rabid Dog’ and it’s very intense” the artist comments. ” I wrote it in a rage. At the time me and Marc (Marc Aubele) were doing the Unit-1 sessions and we had so many amazingly talented people come in. But just from talking to them it became more and more obvious how hard it is to work in music right now, not just for us but for everyone. There’s a real frustration out there because of people asking you to play their gigs or festivals for free, or being told “there’s no money in it, but we can get you exposure”.

“I got mad”. Sheeran continues ” And I thought there must be a way to change this. So I wrote ‘Rabid Dog’ about how I felt. It’s was cathartic to write, but I think ti’ll be even more cathartic to play it live”.

Laura Sheeran’s album Spellbook is due for release later this year. Click below to watch a special preview clip for the record.