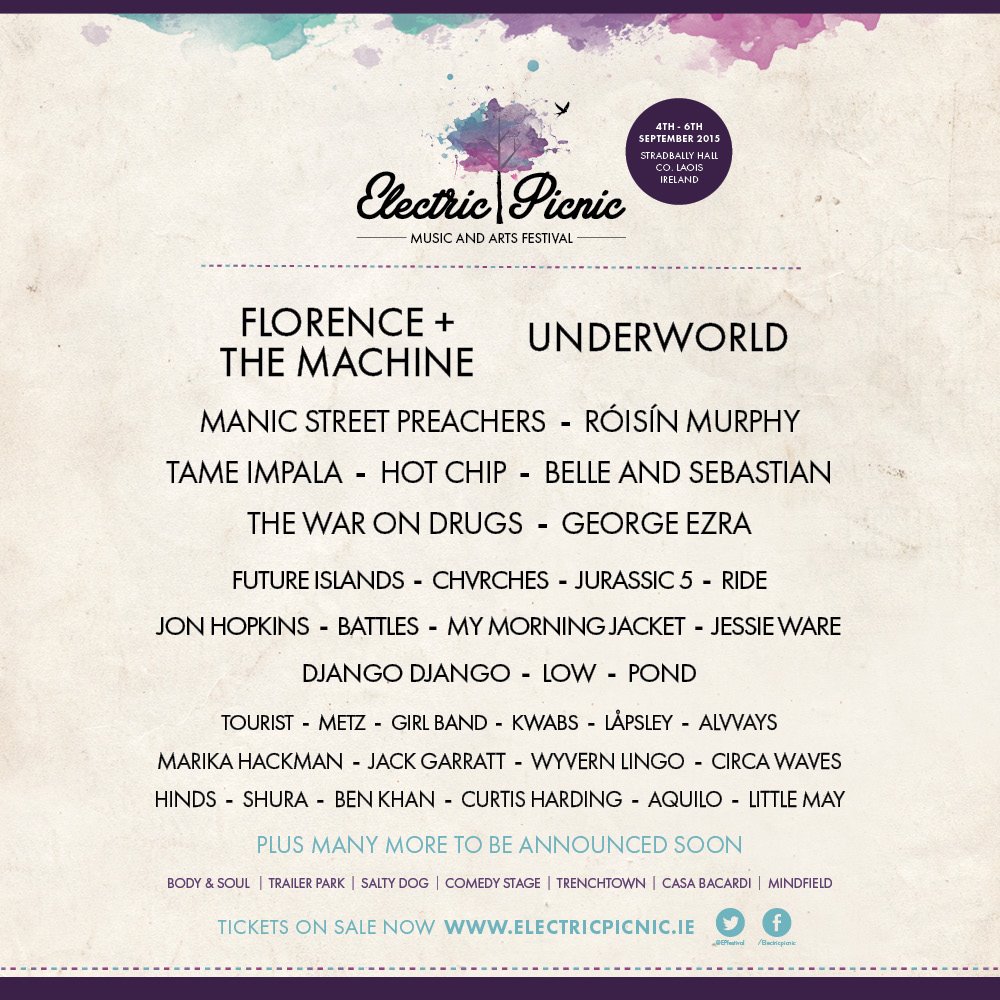 Several new acts have been announced to play this year’s Electric Picnic music festival including Florence & the Machine and the Manic Street Preachers.

Coming as part of today’s announcement, the latest artists added to the Electric Picnic 2015 line-up are:

Today’s act will join the already announced Belle & Sebastian, The War On Drugs, Róisín Murphy, George Ezra and Jon Hopkins, who are all set to perform at Stradbally Hall this September. More acts will be announced in the weeks and months.

Tickets for Electric Picnic 2015 are on sale now by visiting electricpicnic.ie or ticketmaster.ie, with the loyalty ticket offer ending this Sunday, March 8th at midnight. The festival itself will take place at Stradbally Hall, Co. Laois from Friday, September 4th to Sunday 6th.