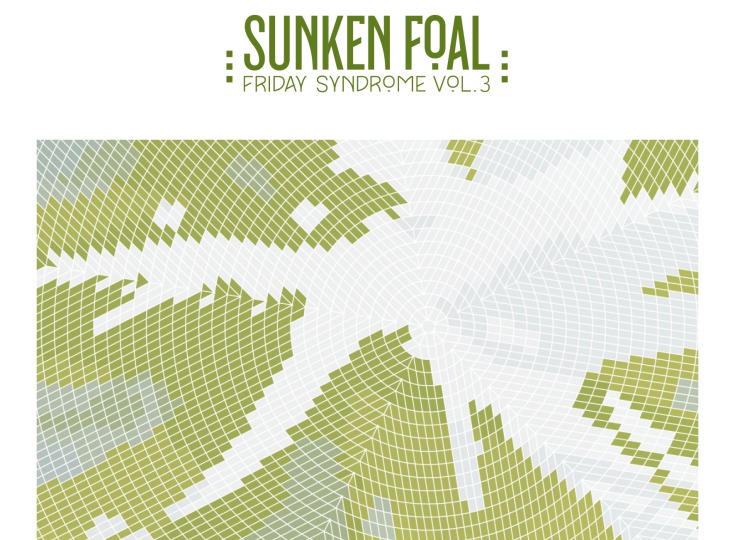 Sunken Foal releases the third installment in the artist’s Friday Syndrome series resulting in a moving, exploration of his music and sound.

Bubbling with genre splicing invention Sunken Foal starts out Friday Syndrome Vol. 3 as he means to go on. Tracks like ‘Piss Into The Smash’ and ‘I Got The Soup’ twist and turn the sound of the record until the changes in style feel natural and progressive.

With Friday Syndrome Vol. 3 taking in a mammoth 18 track running time Sunken Foal makes good use of this spread in the track listing, although there are moments where songs feel slightly protracted, uses these segments to allow the album to flow and change without jarring the record’s cohesion.

There’s a magpie like process to Sunken Foal’s music that seems to find the artist grabbing influence from a myriad of influences. Post-rock in one moment to experimental folk tinged electronica the next the album blurs the line between genres and sounds in a way that is compelling and inventive.

Friday Syndrome Vol. 3 is an album that passes through moments and movements, taking in everything it deems relevant to the overall journey of the record itself. In this way Sunken Foal creates collages and tapestries of sound that merge and separate the disparate elements that construct the music, resulting in an L.P. that is an experience rather than a collection of songs.

Friday Syndrome Vol. 3 by Sunken Foal is due for release on March 10th.