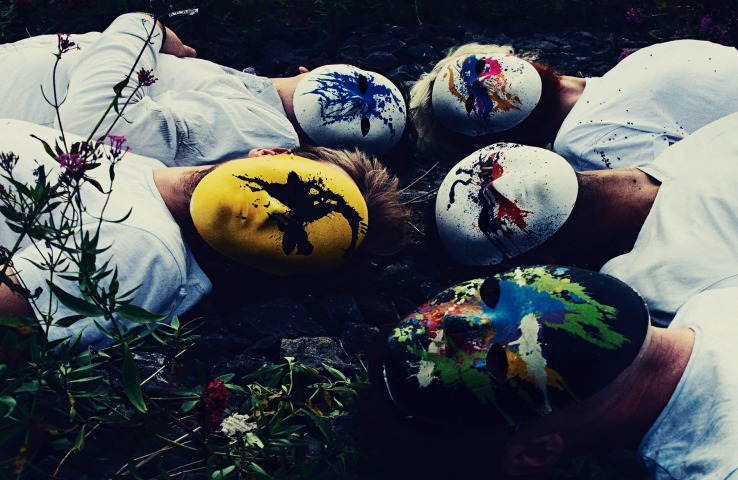 In this edition of T.L.M.T’s song of the week feature The Mixed-Tape we turn our attention to Meltybrains? and their forthcoming single ‘Donegal’.

One half of Meltybrains? upcoming double A-side single ‘Donegal/IV’ (to be released via Rough Trade Records on February 16th), is an atmospheric and grand in scale as you would come to expect from the sonically unique Dublin five-piece.

Building texturally through ambient flourishes of washing sound and a captivating central vocal, ‘Donegal’ ebbs,flows and screeches its way from an ethereal, gentle beginning to a large-scale, engrossing finale.

There’s a great sense of distance and ambience to Meltybrains? music that makes each track feel like a complete experience in and of itself, resulting in a undeniably vivid sound that sets the group apart from many other acts mining the same indietronic tinged territory.

Click below to listen to this week’s addition to the Mixed-Tape, ‘Donegal’ by Meltybrains?. The single itself (double A-side ‘Donegal/IV’) will be released on February 16th via roughtrade.com.