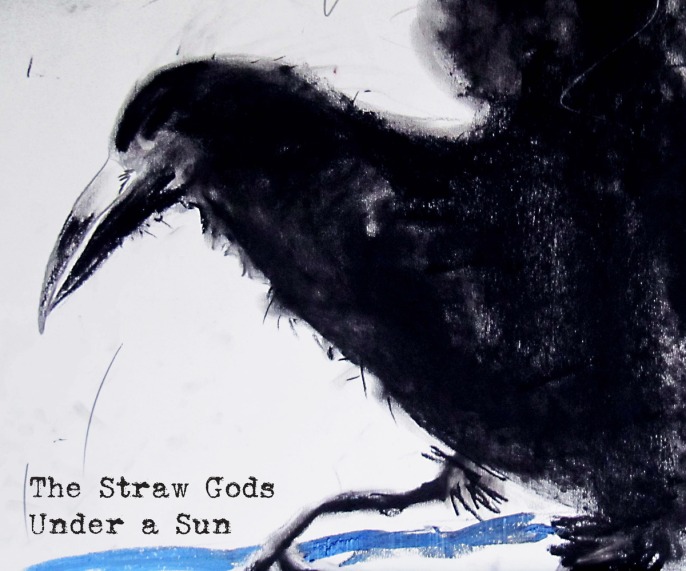 Five-piece alternative-rock act the Straw Gods deliver a short, but promising introduction with their E.P. Under a Sun.

Quickly finding its feet with ‘Under a Sun’, the jolting alternative-rock/proto-goth blend of the Straw Gods music comes into focus and lays the foundations for what is to follow.

With a relatively short running time the Straw Gods provide a definite attention grabbing and stand-out moment with ‘Pictures’. Making great use of the song’s strong central hook, a pop fused backbone and a more playful aspect of the band’s music, the track finds the Dublin act at their most confident. Resulting in the high water mark of Under a Sun as a whole.

There is a tentativeness to the Straw Gods sound that always feels on the verge of either erupting into a huge dynamic lift or falling apart, this central flaw overpowers Under The Sun at times. With the feeling that something, stronger more visceral is hiding in undergrowth, it becomes hard to ignore that the record never effectively makes use of this alluded characteristic (seen in ‘Pictures’).

Under a Sun works as a solid starting-point for the Straw Gods. With inflections of off-kilter alternative-rock, infused with Jennifer Evans’esque overtones, the five-piece create an engaging (albeit held-back) sound. Flickering with real promise, the Straw Gods could very well deliver something unique and lasting if they continue to evolve and shape there music into something more affecting.

Under The Sun by the Straw Gods is out now.