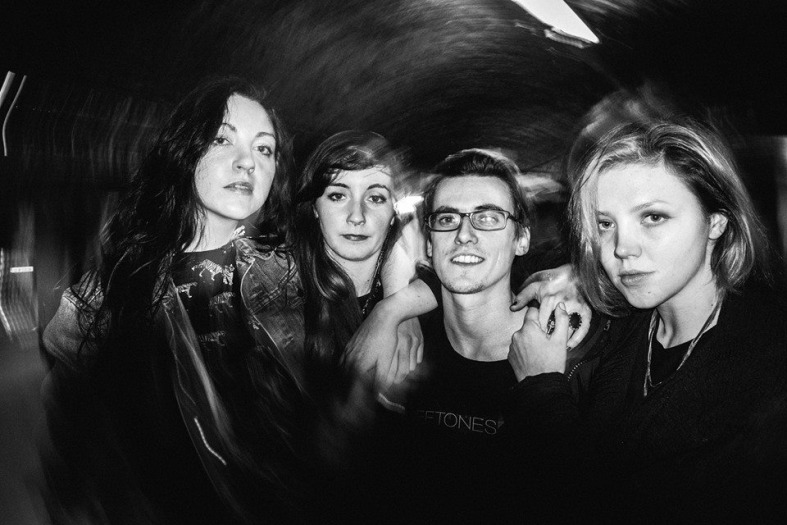 In this edition of T.L.M.T’s song of the week feature The Mixed-Tape we turn our attention to Bitch Falcon and their debut single ‘Wolfstooth’.

Starting as it means to go on, ‘Wolfstooth’ takes a pointed, no-nonsense approach with the sudden crash of swaggering guitar riffs and pounding rhythm.

Tinged with hardened grunge edges and slight touches of metal, the song propels forward with a confidence that seems beyond Bitch Falcon’s relatively short lifespan.

Most interestingly the single defines itself and the band’s overall sound as being apart from many other acts mining the same territory sonically, and as a result works to validate the considerable hype that has followed the group in recent months.

Steeped in sudden jolting post-grunge aggression, ‘Wolfstooth’ melds a myriad of stylistic leanings into one cohesive sound. As a debut single, the track finds Bitch Falcon shedding the some of the more out-dated characteristics of both the grunge and alternative-rock genres by creating a palpable, relevant urgency to the music.

Click below to listen to this week’s addition to the Mixed-Tape, ‘Wolfstooth’ by Bitch Falcon. The single itself is out now via bandcamp.