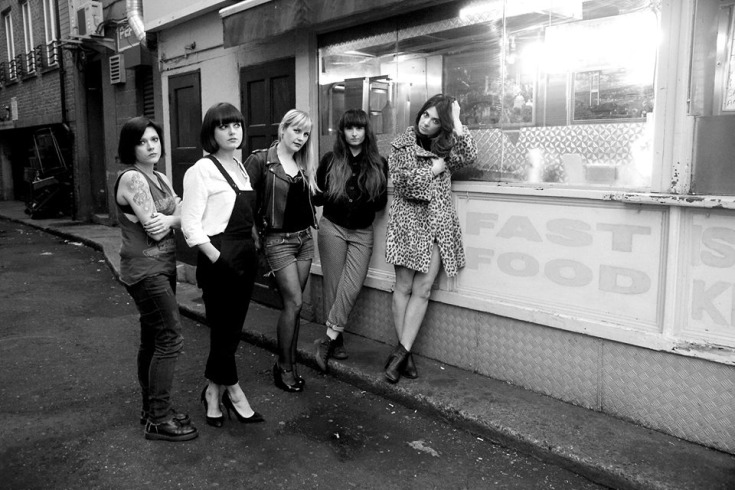 The Last Mixed Tape is proud to announce that it will be co-curating a night at the Sugar Club (February 20th) with Goldenplec, Le Cool and Nialler 9.

Hosted by the Sugar Club in conjunction with Abner Brown’s Barbershop, Blog Party will see each of the four blogs choose their favorite band of 2014 to perform at the show, highlighting the eclectic nature of the Irish music at the moment. To that end the Last Mixed Tape has chosen the ever-brilliant September Girls as its pick to perform on the night.

Firm favorites at TLMT, the band had a stellar 2014 releasing their acclaimed debut album Cursing the Sea as well as the captivating E.P Veneer while also performing at last year’s SXSW, Body & Soul and Culture Collide festivals, all in the space of twelve months,

TLMT is very excited to be a part of next month’s show with our friends at Goldenplec, Le Cool & Nialler 9 and at having such an unique line-up perform.

Tickets for Blog Party at the Sugar Club on February 20th are priced at €10 (pre-sale) via sugarclub.com or €12 on the night. Doors are at 7.30pm, for more information visit the event’s Facebook page.

Click below to watch the music video for ‘Veneer/Black Oil’ by September Girls. As well as music from Carriages, Dear Desert & Bitch Falcon.

3 comments on “TLMT, Goldenplec, Nialler 9 & Le Cool come together for ‘Blog Party’ at the Sugar Club”