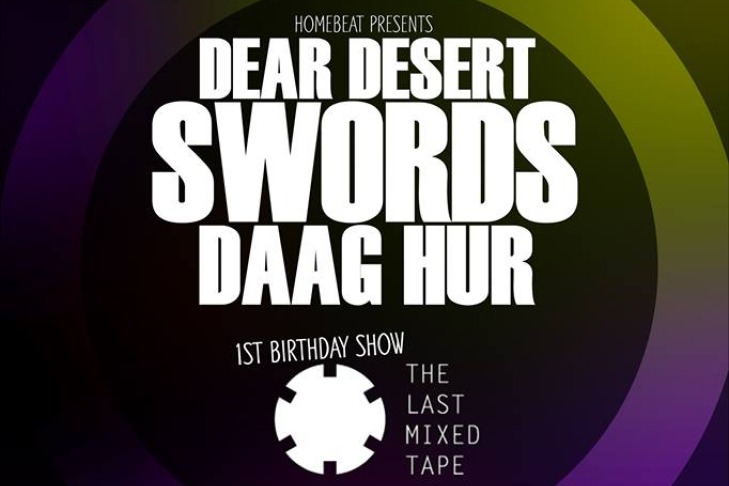 TLMT is proud to announce that it will be teaming up with bespoke event organizers Homebeat to celebrate the site’s first birthday with a special show at the Odessa Club on Thursday, February 12th.

Since first appearing online in 2014, TLMT has strived to give an alternative take on the Irish music scene. It has been an amazing year and TLMT is excited to mark the occasion with stellar line-up of artists next month.

Headlining TLMT’s first birthday will be Dublin trio Swords. Making a rare one-off appearance, the band will be playing their first headline set since a stunning live show at the Button Factory last summer, the three-piece will be debuting new material from the group’s eagerly awaited follow-up to their critically acclaimed debut album Lions & Gold.

And to help TLMT celebrate its first anniversary, Swords will be releasing a very special cover version in the coming weeks, especially for the show.

Support on the night will come from indietronica three-piece Dear Desert (whose recent E.P. ‘Gift Above’ features in TLMT’s Top 20 of 2014) and dream-pop act Daäg Hur (who appear in the blog’s 20 Emerging Acts for 2015 list).

T/A/S/T/E will be providing an after-show DJ set to finish off the night.

Tickets are priced €10 and are available via entertainment.ie. Doors are at 8pm, for more information visit the event’s Facebook page.

Click below to listen to music from all three acts performing on the night.