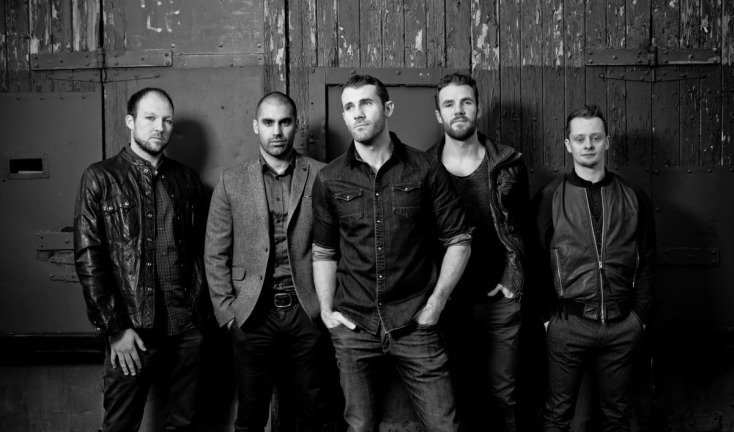 Limerick based indie-folk outfit Hermitage Green are a band who have carved out a name for themselves through hard work and extensive touring. Ahead of the group’s Irish tour this month, the Last Mixed Tape caught up with the five-piece to talk about their live sound, writing and their forthcoming debut album.

“We started out as a group of lads just jamming in the corner of a pub” recalls Dan Smith about Hermitage Green’s early live days. “That’s how we began, we don’t really know any different. We love it”.

Indeed the band have kept touring and playing ever since, with the five-piece performing gigs across the globe while supporting acts like Josh Ritter, Mumford & Sons and the Pogues. Culminating in a recent live album recorded in legendary Dublin venue Whelan’s.

“It’s great to play to the diaspora but I think the important thing for us is to go out there and connected with the people of each country we go to” explains Daragh Griffen. “The biggest time for me was when we played New York, and loads of New Yorkers came up and said how much they liked the show. That was really rewarding to hear”.

While the band have been busy touring they have also had one eye on recording their debut album, and are currently demoing and writing songs that could feature on the record. However, Hermitage Green are patient about the process and want to get things right, first time around.

“We’ll all know when it’s ready to go” states Dan. “We’ve released a live album before. We had so many songs that we were just ready to burst. So we put them out there to see what the reaction was. We’ve written more since, and I think we have a clearer idea of how we want to sound now”.

“And because it was a live album,it wasn’t our big first release” comments Daragh Graham. “We have about eight new songs that we’ll be testing out on this tour, that may or may not be on the record”.

Testing out material on the road is a process that Hermitage Green use often. “Demoing is such a learning process.” Dan says. “I don’t know how many times we’ve demoed something to where we think it’s sounding really good, only to play it live and realise very quickly that it’s not working”.

“You look around the room and you can see from the crowd’s reaction whether or not it works” he continues. “I love going out after a gig and picking people’s brains about what they liked or didn’t like. It’s a really important thing to do”.

And as Hermitage Green continue to grow, so too does their songwriting.”Before hand I would have written most of the songs. explains Daragh Griffen. “I was very much a beginner. It was pure natural, I just wanted to write. But I never really thought about how it would fit with a band. Now we write collaboratively and it’s great. It’s developed each of us individually as a writer. It works better when we all work together. It has changed, so much as it’s grown out of what it was”.

With so many different inspirations coming together musically the band see no reason to limit their horizons. “There’s this song we have called ‘MIsfits’ that we’ve changed since the live album” Barry Murphy states. “It was played on acoustic guitar but since then we’ve introduced piano into it now and now sounds much better and stronger to me. The piano has been huge in our writing over the last 6 months.”

“Yeah it’s all about serving the song” Dan comments on how the and will layer and add instrumentation in the studio. “I certainly wouldn’t be closed-minded to anything. I’m a big fan of John Grant, who is essentially a singer-songwriter and a lot of his early stuff is just piano and guitar. But on his second album he moved to the more electronic side of things, and was able to marry that with the acoustic side of his music. So I would definitely not count anything out. It’s all about what works”.

Hermitage Green will play two nights at the Button Factory in Dublin this December (20th & 21st) as part of their current Irish tour. For full list of dates click here.