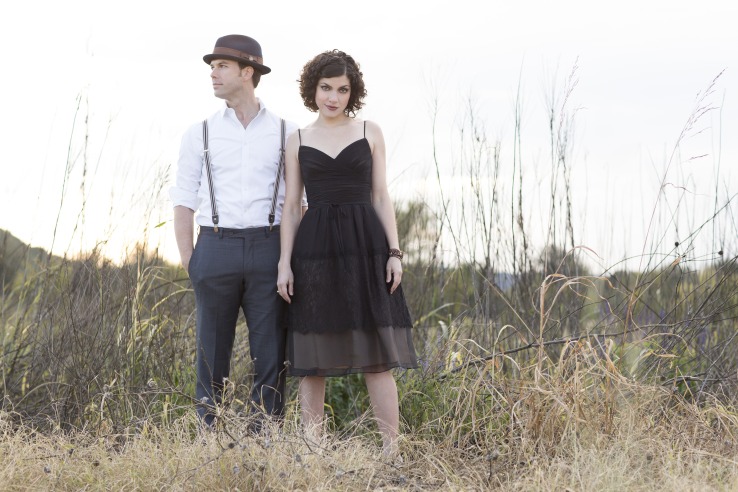 Singer-songwriter Carrie Rodriguez is set to perform at the Workman’s Club this Wednesday, November 12th as she continues to tour her most recent album ‘Give Me All You Got’. Carrie took some time out to speak to T.L.M.T about touring, writing and inspiration.

You are currently touring you last studio album, 2013’s Give Me All You Got. As you continue to tour do you find the songs from the album evolving with the band the more you play?

Absolutely! Music is a living entity, and songs definitely have lives unto themselves. I have been particularly enjoying touring as a duo – it allows a certain freedom with the songs. We can stop on a dime, change dynamics from one moment to the next, and bring subtle nuances to the music that weren’t possible on the recording with a larger band.

Since the album’s recording, have you been working on new material for the next album?

Yes – We released a live album of our duo show (Rodriguez & Jacobs “Live at the Cactus”) in early 2014. In addition to that, I am currently gathering material for an album that will be partially in Spanish. I have been quite moved by the recordings of my great-aunt, Eva Garza, who was a popular singer of Mexican Ranchera music in the 1940’s through 1960’s. I am working on modern arrangements of some of the classic Ranchera songs of her era, as well as composing new songs that are directly inspired by the great artists and recordings of the time.

In 2011 you recorded a covers album Love & Circumstance. As a songwriter, how do you approach covering tracks like the ones that feature on the record?

I find that to really do another songwriter’s tune justice, I almost have to forget that it is a cover. When I perform the songs from “Love & Circumstance”, I feel as if I wrote them! At least in the moment….

Did the process give you a further insight into the songwriters you covered, especially your Father and great Aunt?

Yes. My father sent me the song of his that I ended up covering in an email long ago. It was a simple home recording he had made – I’m fairly certain he never put it on any of his albums. I think he was trying to explain his absence in my life somehow. He left the US in the mid 90’s for a tour in Holland, and has never been back since. It’s quite sad, as is the song, but there was something very therapeutic about recording it myself. It helped me to understand his life choices in a different light.

At this moment in time what inspirations and influences you to write music?

At the moment I am very inspired by the “epoca de oro” (golden age) of Mexican Ranchera music. I’ve been recently discovering some of Mexico’s greatest singers AND songwriters such as Lola Beltràn, Javier Solís, and Agustín Lara. Their recordings are some of the most passionate performances I have ever heard.