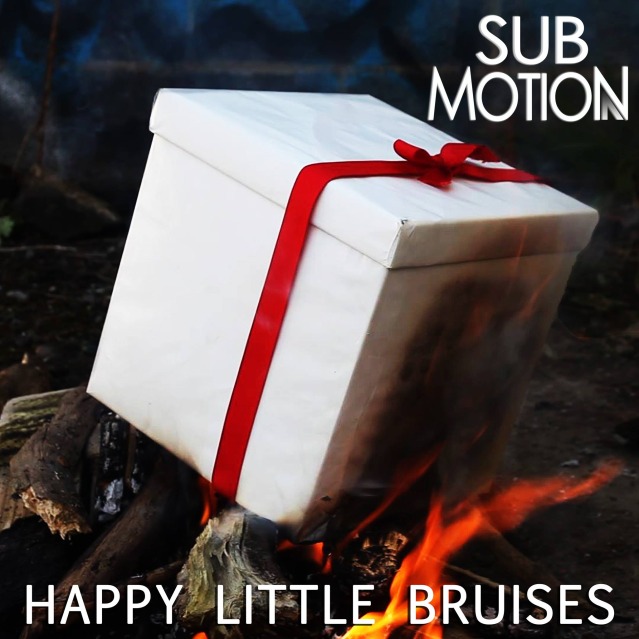 Alternative-rock act Sub Motion’s new E.P. Happy Little Bruises provides a promising, if not too familiar, introduction to the band.

With the full-bodied modern rock sound of ‘Dust To Dust’, the all-encompassing production of Happy Little Bruises quickly establishes itself as Sub Motion meld the large-scale American rock of group’s like Thirty Seconds to Mars and Paramore into their own sound.

As the E.P. continues with tracks like ‘We Won’t Drown’ and the more visceral ‘The Storm’, Sub Motion make the most of this highly stylised production and provide many attention grabbing dynamic and dramatic lifts in sound.

Closing with ‘Turn The Lights Out’ Sub Motion find a more atmospheric edge to their sound which is pulled forward by Rebecca Geary’s strong vocal, resulting in the E.P’s stand-out track.

Happy Little Bruises is the sound of a band finding their feet, but still searching for their own identity. While the sound, songwriting and production of the E.P. more than compliments the style Sub Motion look to convey, the record ultimately never finds a sense of place or individuality.

With its large-scale “radio-rock” sound Happy Little Bruises wears it’s influences on its sleeve, and although this particular sound is successful for those who mine it correctly it often lacks originality or relevancy in the longterm.

However Sub Motion are a band in their earliest stages and the fact that the group can so effectively recreate the sound of these inspirations is impressive, and leads to several powerful moments within the E.P. But as the five-piece move forward they will need to look to themselves to utilize this ability to create a record that’s more unique. Something, with enough work, they could easily do.

Happy Little Bruises by Sub Motion is out now.