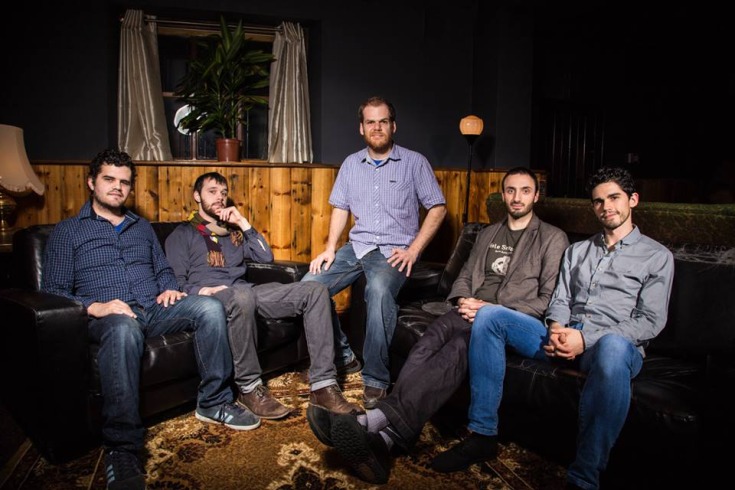 Jazz drummer and percussionist Cote Calmet took some time to speak to the Last Mixed Tape about his inspirations, Jazz, and his band PHISQA.

“I’ve always been into progressive music, because of my Dad” recalls Calmet about how he first got into Jazz. “Since I was young I would listen to his LP’s like Pink Floyd, Jethro Tull and Genesis. So, when I got introduced to Jazz it was more fusion Jazz. I would have to say my favorite progressive-rock album was Selling England By The Pound“.

Coming from a musical family, Calmet felt the need to play the drums during his teenage years living in Peru. The musician remembers “Since I was 15 I had this urge to play the drums. My Dad, who had played in his own band called ‘Grass’, said “Do you know your Uncle owns studio”. I went there and it was like this playground for big kids. I’ll never forget the first time I played drums”.

“I wouldn’t have a drum kit of my own until I was 19, so I would practice on the couch” laughs Cote as he demonstrates the different sections of a couch he would use for each drum part.

“When I came to Brazil I was lucky enough to have an amazing drum teacher called Bob Wyatt, who had played with Chet Baker” Calmet continues on his early days learning how to drum. “He just opened my head, took out my brain, put it on the washing board and washed it with Jazz, Swing and stuff like that. He taught me so, so much”.

When Calmet moved to Ireland he became a part of Dublin’s growing Jazz scene. Speaking about how the music is progressing in the country Cote says. “There’s much more movement here now, then there was before. Maybe I’ve just become more aware of it but every year I see a new Jazz festival opening in Dublin which is great.”

“Obviously when come to new place you have to adapt to it and find new music but there are so many amazing musicians here” Cote continues.

A prolific artist, Calmet has been busy not only playing with other musicians but also composing music for his band PHISQA. “We already have albums two and three composed”. he insists. “The next step is just to record. Where and what is the best option I’m not sure. But we keep playing, and everything’s feeling very natural. We have a new saxophone player now called Tom Caraher who adds so much to the band”.

“We’re just going to let it flow at the moment.” says Cote. “There’s no need to rush. I think I rushed before but there’s no point going against the stream. If it needs to go slow and steady then that’s how it will be. I’m not going to go against that”.

PHISQA will play J.J Smyths in Dublin on Thursday, December 11th. Doors at 9pm, admission is €10.