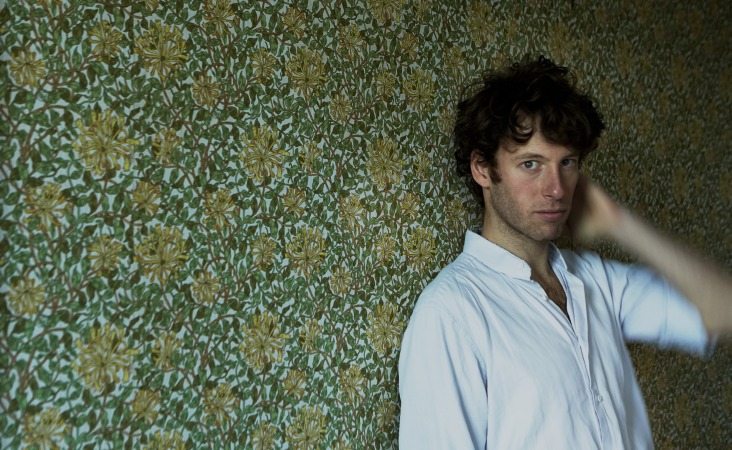 Folk songwriter Sam Lee is set to perform a trio of Irish dates this November, with shows at the Black Box in Belfast (November 26th), Christchurch Cathedral in Dublin (November 27th) & Triskel Christchurch in Cork (November 28th). Speaking ahead of his Irish tour next month, Lee took the time to talk to T.L.M.T about his current E.P. More To Rise, folk music and his upcoming full length album.

You released your latest E.P. More To Rise this summer. What can you tell us about the writing and recording of the record?

It’s an EP done entirely with the band, so songs that we’ve been playing for a while but really managed to put down and explore their sounds. They’re all traditional songs from Irish and Scottish gypsy traveller communities and it was essentially a little teaser of things to come.

What was the inspiration behind making More To Rise?

Well I think a lot of the sounds came from the band and we’re now starting to explore the instrumentation. So a lot of instruments like the Japanese Koto which we have only ever played live are coming in to play. We’re also bringing in some more orchestral inspirations such as wide expansive brass parts with euphoniums and rich tubas.

As a songwriter folk music seems to be a genre that has driven your work. How influential has folk been on your as a musician?

Pretty influential. I don’t listen a huge amount to contemporary folk artists, I listen to artists like This is the Kit, Sam Amidon and Nick Mulvey but they’re kind of ‘old-folk’ with a singer-songwriter tradition. I also listen to a lot of world music and traditional music from other countries.

With folk music now expanding into pop and alternative genres do you think the there’s a need to keep the traditional elements of genre in the music?

Totally! I think ever more so these days. Just because we have new and exciting music doesn’t mean that the traditional folk songs that have been around forever should be forgotten!

With More To Rise now released, do you have an eye on your next full length album?

Yeah it’s called ‘The Fade in Time’, it will be out in March and we’ll be playing a lot of songs from it in the live show. It’s got 12 tracks including songs from the EP.

Do you think the next LP will have the same collaborative feel of More To Rise?

Oh yeah, totally. It’s a band album. There aren’t any tracks with me on my own, there are vocally driven tracks on the record but even in those I am accompanied by choirs. It’s a much bigger sound (too big sometimes!) but I think it’s important to be thinking about space in my sound.

Click below to listen to ‘Phoenix Island’ taken from Sam Lee’s latest E.P. More To Rise.