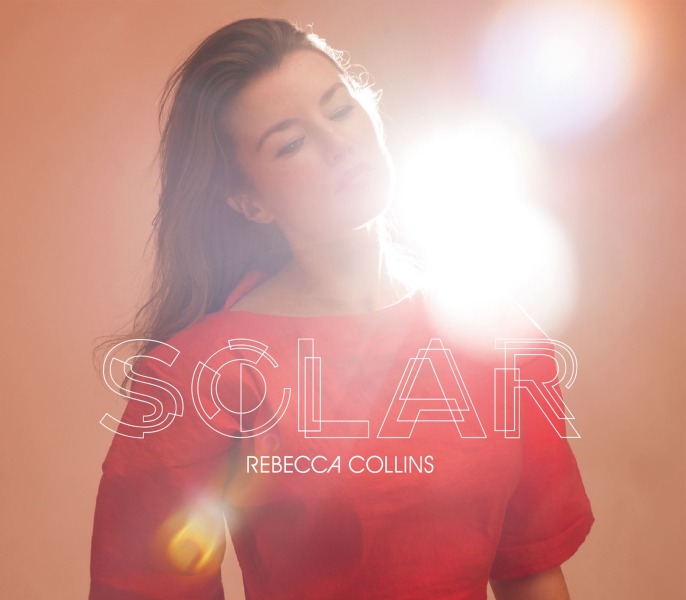 In a crash of percussion and rhythm the persistent pulse that permeates throughout Solar is established from the outset with ‘Creepeth the Thrill’. This musical urgency, coupled with Rebecca Collins’ immense vocal, is central to the album success.

Propelled by pounding percussion the production of Solar fits the mood and feel of Rebecca Collin’s music perfectly. Captured at it’s best in ‘The Climb’, the turbulent interplay of the music gives the song a strong bedrock that mirrors the strength of the vocal.

Throughout Solar the effortless enchantment of Collins’ performances keeps the album sounding cohesive and compelling. With songs such as ‘Jasmine’ and ‘Black Triangle’ showcasing a dynamically twisting characteristic that undercuts the slow-burning growl of the music.

While comparisons to P.J Harvey or Anna Calvi are relevant to the brooding forceful power of Collin’s vocal throughout Solar, to completely box-off the artist’s sound with such comparisons would be a mistake. The inflections are there, but are not the essence of the album.

What is at the core of Solar is the songwriting itself, and how each lyric is conveyed both musically and emotionally. Each song feels like a raw nerve being exposed leading to an atmosphere that surrounds the album, brought forth by textural flourishes, pointed lyrics and performances portrayed with abandon.

Solar is an uncompromising record built around Rebecca Collins irrepressibly confident central performance. Surrounded by a highly stylised alternative-rock production that establishes a solid backbone for the artist to draw from, Collins grabs the attention with a relentless scene stealing presence.

Impactful, engrossing and steeped in brooding alternative-rock edge Solar is a greatly realised record that exudes individuality and growling aggression.

Solar by Rebecca Collins is out now