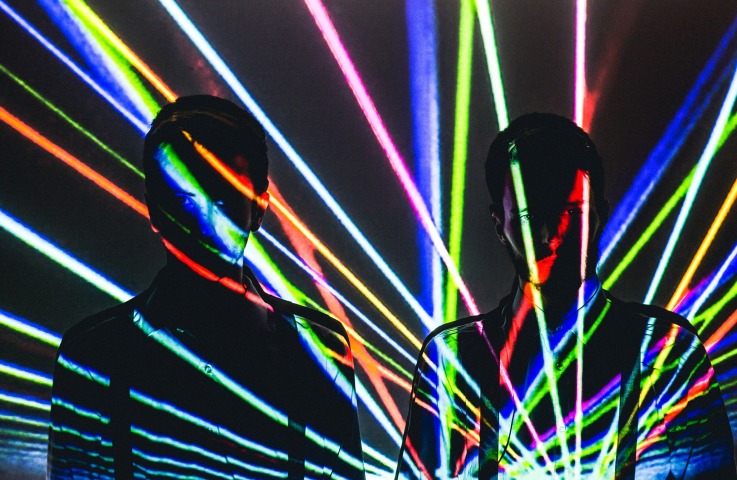 Planet Parade have recently returned from several years of writing and recording with the unveiling of their brilliant new single ‘You’ll Be Sorry’. Speaking about what this time working on new material and the duo’s latest output, Planet Parade’s Andrew Lloyd talks to T.L.M.T.

It’s been almost 4 years since Planet Parade released new material. How has the group sound changed in the interim?

Our sound has evolved a lot since the first 2 recordings. We spent the last few years writing and recording almost everyday and experimenting with lots of different styles.Taking that time out to write and record without thinking about releasing stuff or doing gigs was great for our development as songwriters. We’re playing keyboards and synthesisers in the songs now and there’s a lot more live percussion, I think it’s a bigger more accessible sound than it was before.

What made you feel that now was the right time to return?

I think if anyone spent 4 years in a dark room looking at pro tools every night and wondering where that ‘hum’ is coming from..every night…will eventually lose their shit a little bit. We hadn’t played our songs to anyone in a few years and we really missed playing live so we’re very excited about getting back out there and playing the songs to people.

When you spend a long period of time working on new music, can it be difficult to choose the right song to return with?

I suppose it could be tricky if you have a big company behind you putting money into it, choosing the wrong song could be a problem so it can be risky I would imagine but we recorded these songs in our sitting room with no money and no pressure from anyone. We’re just putting out the songs we like the most without thinking too much about an overall band sound.

Were you nervous in the build up to the single’s release?

We had no expectations at all so we weren’t nervous just happy to be making music and excited at the prospect of playing live shows again.

What do Planet Parade have planned in terms of a full album?

There’s enough songs now for a few albums but we’ll probably put out another couple of singles first and hopefully in the new year we’ll release an album.

Planet Parade will play Whelan’s upstairs on Friday, October 24th (entry is FREE). Click below to watch the music video for ‘You’ll Be Sorry’.