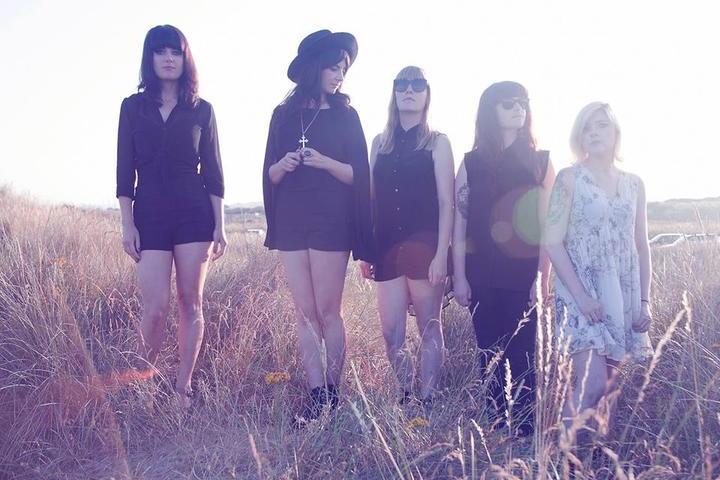 September Girls have unveiled their new music video for ‘Veneer’, the first single taken from the group’s upcoming E.P. of the same name.

Directed by Jessie Ward O’Sullivan and conceptualized by September Girls, the video for ‘Veneer’ plays with overexposed black and white visuals that (through Caoimhe Derwin’s art design) use stark contrasts to give an off-kilter feel to proceedings.

Pulled further by Ward O’Sullivan’s intently held camera work and blended editing, the symbolism and striking imposing cinematography and minimalist scope of the video are used to the group’s advantage, working to visually capture the aggressive tonality of the music.

In a video centred around uneasy visuals, symbolist imagery and stylized design September Girls self-produce the perfect visual counterpart to their new single, furthering the cohesive artistic leanings that has permeated throughout their work to date.

Click above to watch the video for September Girls latest single ‘Veneer’.