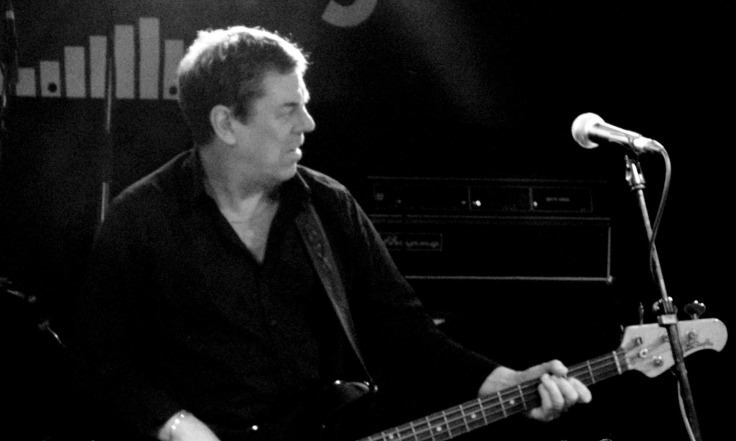 Irish bassist Gerry McAvoy appeared on every one of Legendary blues guitarist Rory Gallagher’s solo albums before Gallagher passed away in 1995. Now, McAvoy has decided to revisit the music he was a part of by touring with fellow Rory Gallagher band alumni and drummer Ted McKenna as well as Dutch guitarist/vocalist Marcel Scherpenzeel.

McAvoy took the time to speak to the Last Mixed Tape about Gallagher’s music, influences and his current ‘Band of Friends’ tour.

“It was about 2007-8 and I took out some old records and had a listen to the old Rory stuff I’d played on” recalls McAvoy. “I started to play along with it and it sound fantastic. And I just thought to myself that these songs are fantastic they need to be heard again”.

In the years since McAvoy got in contact with drummer Ted McKenna and Wolfpin guitarist Marcel Scherpenzeel. Talking about casting Scherpenzeel in Gallagher’s role, MeAvoy explains. “It wasn’t about moulding Marcel into Rory. There’s plenty of great bands that play this music verbatim. We didn’t want that”.

“He studies Rory though” continues the bass player “Watch’s videos on Youtube of our performances from years back. Marcel has a real passion for blues music.”

Speaking about how ‘Band of Friends’ perform and translate Gallagher’s rich back catalog. “We try to these songs to the best of our ability. For me, I played on all of these tracks so I can remember how they were written and recorded in the studio. So I would now certain ways to play the chords and perform them.”

“Everything was recorded live” says McAvoy. “Rory was a fan of people like Muddy Waters, Elvis and Eddie Cochran and he wanted that atmosphere to the music. I know it’s been said that the production of those records weren’t great, but Rory wasn’t concerned with that. He wanted the vibrancy of the music”

Indeed, the sessions that McAvoy were a part of during Gallagher’s solo career have endured to this day. Commenting on how the music has found new audiences years after their release, the bassist said. “It’s really encouraging. We were in Ballyshannon recently playing and seeing all these amazing young musicians playing that music is just great to see. It’s really about enjoyment, absolute enjoyment. And that’s what Rory always wanted from each show”.

Band of Friends featuring Gerry McAvoy will perform live at the Village in Dublin on October 23rd. For more information visit thevillagevenue.com.