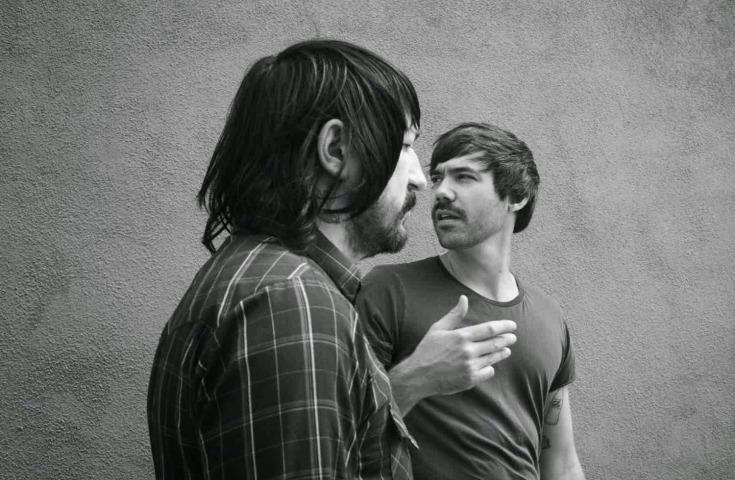 Alternative-rock duo Death From Above 1979 have recently released of their sophomore album the Physical World coming almost a decade after the band’s debut in 2004. Sebastien Grainger took the time to speak to T.L.M.T about the creation and formation of the L.P.

“It was a completely different experience this time around” says Grainger about the making of The Physical World in comparison to the group’s debut record You’re A Woman, I’m A Machine.

Sebastien continues “The first album was about finding out what kind of band we are. On this record we wanted to honor that band. We had a defined starting point”.

Death From Above 1979 reformed in 2011 after a breakup in 2006. Commenting on whether or not the duo felt a weight of expectation the musician said “It is what it is really, when we started playing together again I think we knew what we wanted”.

Indeed it wasn’t long into the group’s reunion tour that they began to write new material. “I think we started working on new tracks during a sound-check and rehearsal in Manchester, which was about 5 shows in”

“It happened naturally, then Jesse sent me on some demos to work on and share ideas about. We didn’t rely on our old process we had before. This time the band is about shared ideas and I think that takes some pressure of Jesse too.”

“The producer we worked with (Dave Sardy) wanted us to expand and arrange our sound more, but I think we kind of fought against that” Grainger recalls about the Physical World’s recording. “It was important to us to maintain what the band’s sound is”.

The first single to be unveiled from the album was ‘Trainwreck 1979″, talking about the decision to release this track in particular Grainger says “We didn’t think it was representative of the album really. But we are working with a new team on this album’s release and we trusted their experience. Although, it did come with the stipulation form us that ‘Government Thrash’ be the next song to be released”.

“We had a goal to reach new younger fans with this album” Sebastian continues “This records for everyone. We were in our mid-twenties when the first album came out, now we’re in our thirties and playing to kids. It’s kind of scary (laughs). But you see that these fans have so much energy and excitement about the music and we want to keep that same energy in the band”.

The Physical World is out now. Click below to watch the music video for ‘Trainwreck 1979’ by Death From Above 1979.