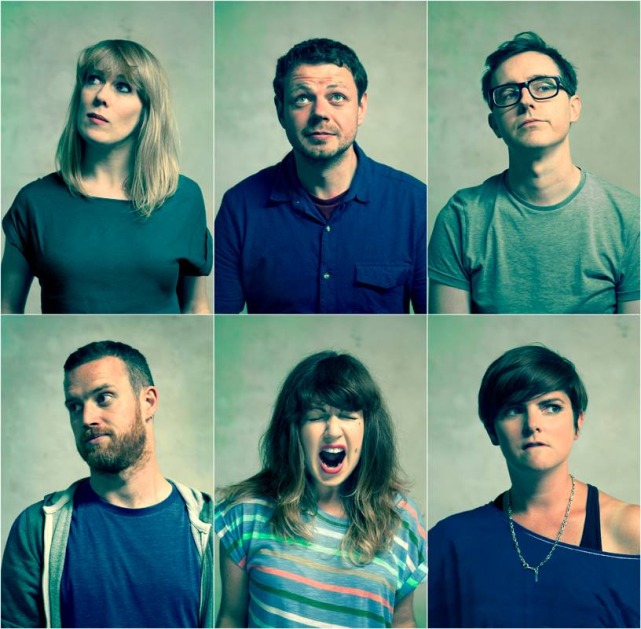 Brimming with the group’s pin-point pop sensibilities and vibrant songwriting, ‘Love Gets Lost’ opens with vivid interweaving vocal parts that build onto one another as the hook-laden elements that form the song start to take shape.

Indeed, so intricately positioned are these parts that the sheer time and though put into constructing and performing them is impressive on every level.

Imbued with all the bustling indie-pop energy that made Little Xs For Eyes’ debut album S.A.D such a refreshing take on the genre, the group’s latest offering feels like the natural progression from their previous work which also containing the flourishes of melodic brilliance that makes the six-piece sound so unique.

Although the single bounces with an infectiously up-beat pace, the more reflective and forlorn lyrical aspect showcases Little Xs For Eyes ability to find room to explore more emotive territory within the indie-pop prism. While Benny Reilly’s lyrics are deftly written and grounded in real, relevant feeling.

As always Little Xs For Eyes deliver a song that demands to be played on a loop, as each play reveals hidden hooks and harmonies that may have gone unnoticed. Another indie gem.

Click below to listen ‘Love Gets Lost’ by Little Xs For Eyes. The single itself is out now.