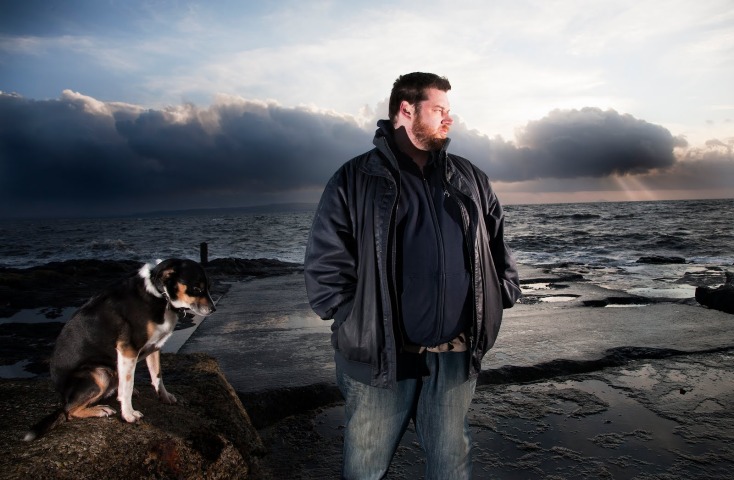 Scottish songwriter RM Hubbert will perform at the Workman’s Club in Dublin on September 18th. With the artist’s recent Ampersand series of albums coming to a close, Hubby speaks to the Last Mixed Tape about the cathartic experience of writing the most recent L.P. Breaks & Bones.

“The irony is it’s easier than normal life” Hubby says, commenting on the difficulties of writing music that has such the raw honesty of his latest album. “After both my parents died , which happened suddenly and quite close together, I was advised to write a letter to them to deal with it. They call it a “Final Act” but I could never bring myself to do it.”

“Instead I decided to write it as a song instead” he continues. “But then that started to become an album that deals with their death, but also my accepting my depression. It’s a strange one because it’s dark, but also felt good to let it go.”

Indeed Breaks & Bone was the tonally darkest of the Ampersand series, looking back on all three records the songwriter comments. “It was a long slow process. It’s been 10 years since my Dad died, so time has passed. Right now life is good, but it was important for me to make them to cope with all that happened. It was necessary.

Speaking about writing new material Hubby said. “I’m already working on the new songs at the moment. There’s a difference thematically, although they are still pretty dark (laughs).

With darker tone of the previous three albums, RM Hubbert had to cut certain songs out of the records to keep them cohesive. Now that series is finished, the artist looked back on these tracks and will release the rarities L.P. Ampersand Extras next month. Talking about why he revisited these songs Hubby says, “It’s made-up of songs that didn’t fit with the darker themes of the other albums, so they had to be cut for musical reasons rather than not being good enough.”

“They’re happier” he continues. “And RM Hubbert, for me, is all about honesty so I wanted people to hear that it’s not all so dark (laughs). There’s some really nice stuff in there, and it’s a good way to bring those sessions to a close and move on. Also, I didn’t want to just release a “Rarities” album, so finding the theme of “Happy Moments” was important to me.”