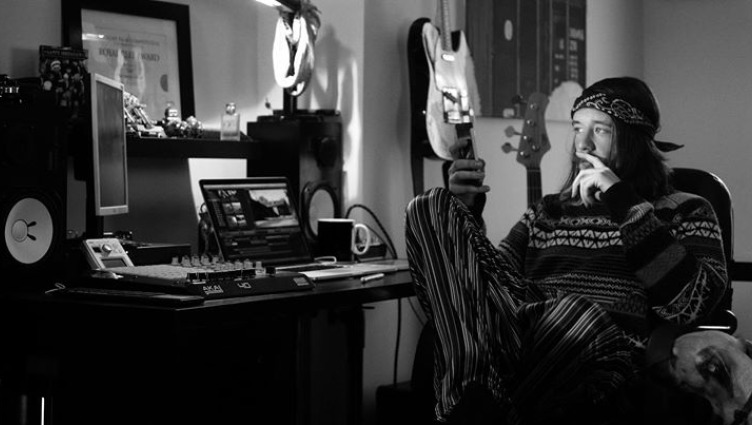 In the first edition of the Final Cut, our new series of interviews where we aim to go behind the camera to talk to some of Ireland’s most talented music video directors, the Last Mixed Tape speaks to Geppetto a.k.a Paul Mahon. A film-maker whose work has appeared in several projects for Jerry Fish, R.S.A.G, the Vinny Club and Leaders of Men to name but a few, Mahon has a distinct visual style that truly sets his videos apart.

How different is the process of making a music video in comparison to film-making or advertisements?

Not all that different really, I see music videos as short films, short silent films layered with music, a musical I guess, but not an actual musical.. Ha. However ,versus an advert, it’s very different. You’ve got a lot more time for starters, but you can also be more open-ended with music videos, where as adverts need to be more snappy and to the point.

You have a background putting live-visuals to music as well. How has that fed into your work with bands and artists?

I only got into live visuals after Jeremy of RSAG saw my ability to edit to beats. I’ve certainly gotten to know more bands and artists from doing visuals, both for them and also from the reputation I built with RSAG.

In terms of scale what was the hardest or most complex music video shoot you’ve directed?

They’ve definitely all had their own little challenges here and there, but I’d say over all Leaders of Men – ‘The Game Ends Here’ was the hardest to produce and direct. There was quite a lot of things to organise before shooting, actors , locations and…. a Porsche. I didn’t shoot in sequence and the entire story is told in reverse so it was quite complex to direct and edit. I remember making my dinner during the edit and thinking what things would look like being cooked backwards, it did sort of warp my mind a bit.

Is there a specific moment during filming that sticks out most in your mind?

I can’t remember exactly when it was, but I remember having a thought once while filming “This is mad, I just came up with this idea and now it’s actually happening, and everyone’s grand with it… mental”

How does the music interact with your ideas or concepts for directing videos?

Massively, so many factors are considered before even thinking of a concept for a music video, style, tempo, genre, musician’s aesthetics, target audience etc. I feel I’ve really got to deliver something that really blends two mediums together seamlessly, so you couldn’t imagine one without the other.

Is there more freedom to exploring different visual styles when making music videos since they don’t necessarily have to follow a strict narrative?

Yes, once the style suits the music I guess. I think you also need a reason to use or explore different visual styles within your videos. Sometimes exploring new visuals is a nice way to come up with ideas, but I try not just use a style for the sake of it.

Is there a particular video of yours that you are most proud of?

Maybe The Vinny Club one. It was just good craic, YouTube wasn’t even popular at the time, I’d just such a love and want to make music videos, I’d never even met Vinny before. Just mad to make things.

For more on Paul Mahon (Geppetto) and his work visit geppetto.ie. Click below to watch Geppetto’s 2014 showreel.