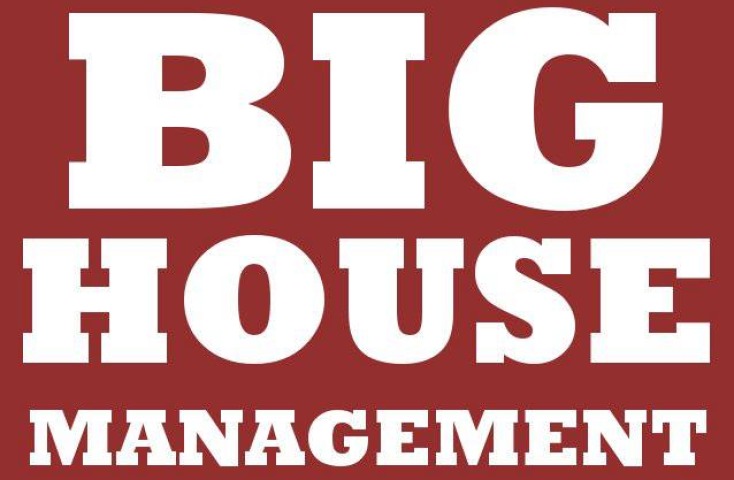 Limerick based entertainment company Big House Management are celebrating their first year in business with two upcoming gigs at the Twisted Pepper in Dublin on August 12th & The Menagerie, Belfast the following night (August 13th).Both nights will feature performances from Race The Flux, Animal Beats and Yellowbridge.

Ahead of these anniversary shows co-founder Fin Ryan spoke to the Last Mixed Tape about the how Big House began, the Irish music scene and their plans for year two.

“Believe it or not, there is a house known as ‘The Big House’ where it all started.” recalls Ryan about the early days of the company.

“Back in the summer of 2013, David (co-founder David Mc Carthy ) had just finished The Big House Recording Studios in Limerick and was working on the final mixes for Animal Beats Debut E.P as well as managing the band.” He explains. “I was still booking & promoting tours though Youth Of a Nation Promotions out of “The Big House” and also managing Yellowbridge & Race The Flux at the time. So with all this going on, and the fact that we were living together at the time, it was inevitable that some sort of company was going to form.”

With this core roster both Ryan and McCarthy had a good basis to start from. Resulting in an eclectic trio of artists with the addition of songwriter Ciara Donnelly a.k.a Yellowbridge.

Speaking about forming the current line-up Ryan comments. “I guess, when I could combine all three of the acts together I had most of the bases covered in so fair as what is going on genre wise within the music industry, the singer songwriter, the radio friendly rock act & the alternative rock act.”

Indeed, the company’s first year has been a fruitful one.”Looking back since last August, I think our acts have gone from strength to strength in terms of getting their music out there & getting noticed. Some highlights being Race the flux supporting  Tame Impala at the Olympia , Animal Beats releasing their debut EP and being able to get themselves out on the Irish gigging circuit, Ciara Donnelly AKA Yellowbridge reaching the last 16 of the Voice of Ireland, The three acts playing Whelan’s Ones to Watch 2014.”

The Irish music scene has seen a real burst of creativity from all over the country of late. Talking about what Big House Management look for in their artists, Ryan outlines a three important characteristics.

“The first thing is being able to get along with the band members on a slightly personal level, not from the off but I have known each of my acts for a number of years before signing them up. It just makes it easier to work with each other and being able to say ‘No’ about certain things on both sides and not offending anyone.”

Ryan continues. “Secondly, the music of course , I’m blessed with the fact that I actually like each of my acts music and I’m not in a position that I want to work with them purely for financial gain but the music no matter what the style has to be well-practiced, tight & well written and just have that little something left of centre that makes it different from everything else going around.”

Finishing his point, Fin explains. “Lastly, a strong live show, I think this is getting more and more important now with artist revenue now coming from touring rather than record sales. Bands can’t just stand up there a just play there songs , they have to put on a show. I remember seeing bands like ASIWYFA , Meltybrians? & Overhead The Albatross for the first time. Just the energy those bands put across at their shows is amazing to watch and I always try to instill this in the acts on our roster.”

Indeed the music industry is a state of flux, with many artists getting lost in the ever-increasing ocean of music being produced. Speaking about the state of the Irish music industry as whole at this moment in time, Ryan has some definite ideas.

“There is  a tier system occurring  within the Irish scene at the minute. Those with financial backing being able to afford PR companies ( who intern have every contact to every media outlet in the country at their disposal )  & booking agents ( that give them an edge on securing certain slots ) and possibly on the cusp of being signed to a label, Some good bands & some bad bands.

Then there  are the bands who a running on their own steam who don’t actually need a PR company because they think outside the box and are smart in the ways they finance the band and are also very good musically at what they do and have caved a cult following for themselves .Then there the bands who take the gigs that they feel are worth doing, try make all the media contacts they can, try and save as much money they can to afford a PR company, Booking agent and record a new release but just lose out to the bands on the higher or lower tier because they don’t have the friends in high places lets say  (almost a Garth Brooks nod there).Then there are the bands that can write excellent music but just have no clue on the business end of things and literally need their hand held.

I think going forward to promote and represent new Irish music we need to break these tiers some what, there are always going to be tiers in terms of success & popularity but just in terms of exposure for new acts I think Journalists, Promoters & venue bookers need to look passed the emails from the PR companies & booking agents sometimes and see the other acts cropping up all over the country and not have the same 10 acts being constantly being talked about in blogs, radio , newspapers & magazines.”

With Big House Management’s second year stretched out before them, Ryan highlight’s the company’s clear ambition for the future.

“Big House will be going some what international  from September onwards as I will be moving to London  & David ( Animal Beats co manager & The Big House Recording Studios owner) will be basing himself between Ireland & America.

All our acts will be hitting the studio between September 2014 to January 2015 to record new releases. Uk Touring plans are also on the cards between Winter 2014 & Spring 2015. lots of media releases in the works, singles & live videos.”

Tickets to see Race the Flux, Animal Beats & Yellowbridge live in the Twisted Pepper in Dublin on August 12th are priced at €5. While tickets to the Belfast show in the Menagerie are priced at €5. For more information Big House Management visit bighousemanagement.com.