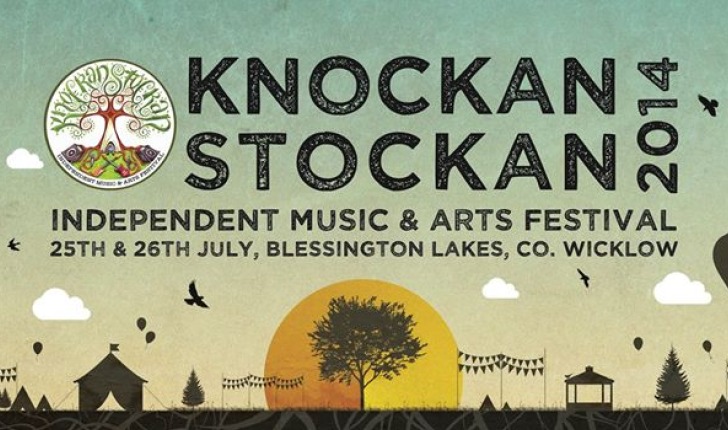 Knockanstockan returns to Blessington Lakes in County Wicklow this weekend (Friday, July 25th to Saturday, July 26th). With a rich array of Ireland’s best and most exciting artists to choose from, here is the Last Mixed Tape’s 10 must see acts.

Liza Flume – Friday, July 25th Faerie Field (5.30pm)
Liza Flume’s unique approach to songwriting and distinct sound has seen the artist really come in prominence of late. With a live show to match, Flume is quickly becoming one of the country’s must see artists.

The Vincent(s) – Friday, July 25th Grabber’s Cottage (7.30pm)
Cork band the Vincent(s) are gathering an immense amount of momentum as they prepare to record their début album. The group’s recent performance at Sea Sessions even caught the eye of the Dandy Warhols’ Courtney Taylor-Taylor who will now work on the album with the four-piece (click here for the full story).

Sinead White – Friday, July 25th Wishbone Stage (8.10pm)
A rising talent, Sinead White was one of the stand-out performances at the recent Fire Escape festival. A singer with a powerful voice, White’s set at Knockanstockan 2014 will be an exciting chance to see the songwriter in a live context.

The Altered Hours – Friday, July 25th Grabber’s Cottage (8.30pm)
The recent release of their single ‘Dig Early’ has given a promising glimpse into the Altered Hours upcoming album. A live act whose sound more than matches up to their studio work, the band will play Knockanstockan this Friday night.

Meltybrains? – Friday, July 25th Circus Tent (11.30pm)
One of the Irish music scene’s most unique and uncompromising acts Meltybrains? powerful sound and live show is an experience not to be missed. Coupled with the scenic surrounds of Knockanstockan their set will be even more captivating.

Elastic Sleep – Saturday, July 26th Circus Tent (1.30pm)
Elastic Sleep’s début E.P. Leave You was the perfect culmination of all the promise the band had shown since first appearing on the scene last year. The group will bring their visceral live sound to the Circus Tent stage this Saturday.

O Emperor – Saturday, July 26th Grabber’s Cottage (2.30pm)
A must see live act in any context. Waterford band O Emperor are one of Ireland’s most engaging and diverse bands. With a rich back catalogue to draw from, O Emperor’s set at Knockanstockan 2014 will be a vivid showcase of their unique sound.

The Eskies – Saturday, July 26th Grabber’s Cottage (9.30pm)
An energetic and raucous live band, the Eskies’ blend of up-tempo folk and trad music works to deliver a simply infectious show that will be one of the many highlights of Knockanstockan 2014.