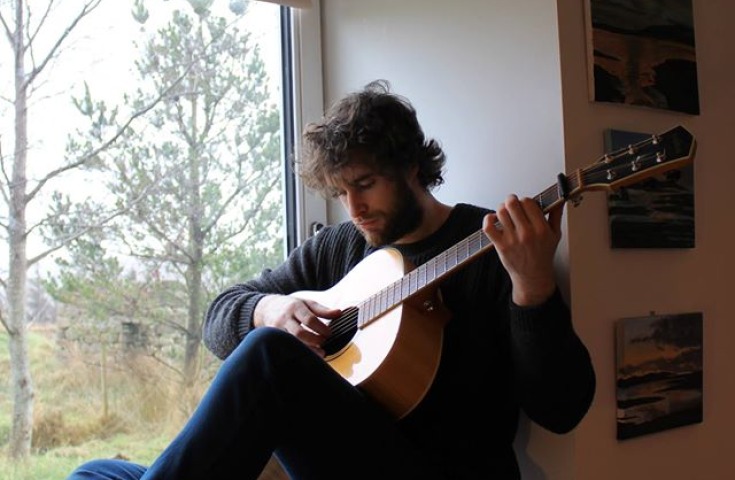 Coming into focus through the twinkling opening notes of ‘Friend of Mine’ the personal lyrical aspect and serene depth of the recording moves softly forward as James’ trembling voice gives a distinct weight to the music.

Indeed the entire E.P itself feels introspective, the brooding sound of the record coupled with Stephen James’ deftly convey songwriting create an intimate picture of the artist through evocative, and at times, arrestingly raw honesty.

Gently widening the scope of the E.P’s musical spectrum, the slight country twang of ‘Gypsy Fires’ musically portrays the landscape and world in which the songwriter’s descriptive flourishes seek to convey. While the gritty drive of ‘Toothless Clown’ gives an added sense of shade to the record’s overall atmosphere.

Working more as a portrait of the songwriter’s developing talent, Stephen James E.P has a definite mood and over-arching theme to it that keeps the release sounding cohesive thought out. The E.P has the feel of an artist who is finding his voice but in all the right areas. And while the record may not have a “stand-out” track it seems that the feel of the piece and the lyrical motifs explored within are what provide interest, albeit slowly and subtly.

A strong release from Stephen James that does not look to reinvent the singer-songwriter genre but does deliver several personal moments that shimmer with brilliance. It will be interesting to hear how James furthers his clear songwriting talents in the future, however this E.P gives a good indication of where he is now and has been in the past.