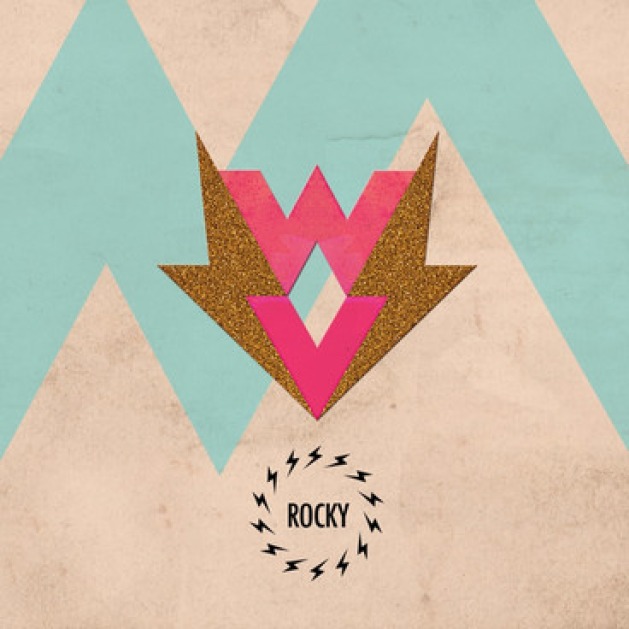 Bursting with a vivid blend of stylish synth-pop and indie-rock the record bustles with a palpable enthusiasm from the start.

Confidently bouncing from the hook-laden opener ‘T.V’ to the swaggering electro of ‘Blonde’, Wonder Villains showcase a pin-point ability to write succinct attention grabbing pop. Indeed Rocky effortlessly moves from one potential single to the next at a blistering pace, rarely stumbling along the way.

The joyous blend of glistening synthesizer melodies with the pounding beat of the group’s rock influenced backbone results in a bold, raucous sound that permeates throughout Rocky. Songs such as ’33’ and ‘Zola’ showcase this irrepressible vibrancy in Wonder Villains music, while the band also ensure that the album is given room to breathe and settle with the perfectly timed respite of slow-burner ‘Fiction’.

Giving a sense of aspect and dynamic scale to the L.P, Wonder Villains have crafted the song list to allow the four-piece not only showcase their clear (and brilliantly executed) pop-sensibilities but also the depth and tone possible within their sound.

In context, the fact that this is the band’s first album is simply thrilling to contemplate such is the maturity of their pop song writing. In comparison to many débuts that lack a definite sense of direction, not one second of Rocky out-stays it’s welcome or seems protracted as Wonder Villains’ keep the entire record moving.

There’s an undeniable and rightfully self-assured sense of joy to Rocky. Wonder Villains commit completely and effectively to the full-scale, melodically rich sound of their music. Constantly evolving and twisting sonically the record is charming, captivating and totally infectious.

Rocky by Wonder Villains is out now.