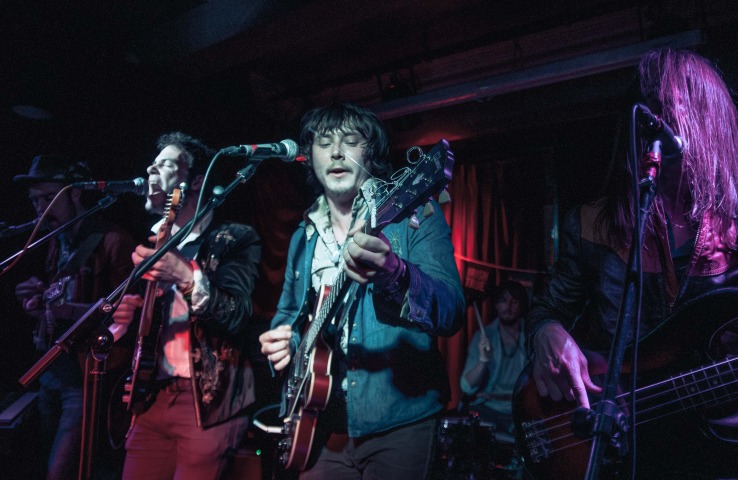 YouBloom 2014 took over Dublin’s Dame District this weekend. Coupled with the sweltering heat of the city, the festival provided a fun, vibrant atmosphere.

Following on from last year’s YouBloom festival, the new-look and approach applied to it’s 2014 set-up turned the more disparate and less inclusive feel of 2013 into a centralized, cohesive summer festival.

Indeed the decision to base the majority of gigs within the enclosed locale of the Dame District added to the overall ambience and ease of navigation, allowing concert-goers to jump from one venue to the next.

Another innovation of this year’s YouBloom was the inclusion of host artists being allowed to curate their respective nights, leading to a diversity in style and sound. Such contrast worked as Sleep Thieves’ line-up in Sweeney’s Upstairs (which included a stellar set from the band themselves) also included brilliant turns from electro influenced acts like Cove and Haze.

Alternatively (mere seconds away on the same night) I Draw Slow had turned the Odessa club into a hotbed of bluegrass and traditional music.

Indeed the inclusion of these host acts resulted in a rich, inclusive atmosphere to each show, most effectively seen in the Hot Sprockets raucous, festival stealing set in the Mercantile.

Meanwhile, Indie-rock six-piece Buffalo Sunn, the Statics in Sweeney’s and the Dead Heavy’s set in the Mercantile also continued the rich vein of new bands and artists on show at this year’s festival.

Learning lessons from the previous year, YouBloom 2014 delivered a brilliantly planned and executed city festival, Dublin’s Dame District teemed with concert-goers both on the street and in the several close quartered venues as the separate sounds of trad, folk, rock and synth filled the summer air, bringing a vivid vibrancy to the city.

All photos by Daniel Nolan. See more by visiting our “Photos – YouBloom 2014” piece.