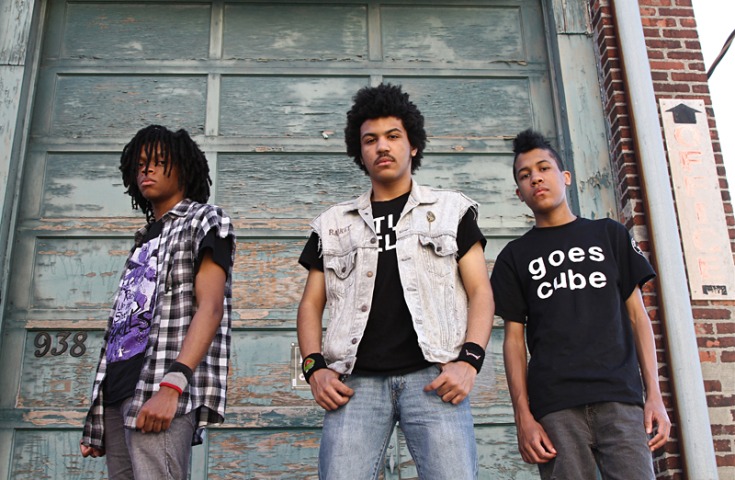 What were the influences on the band when you began?

We just started out jamming at first. The main influences on us beginning would have been Nirvana, Ramones and Led Zeppelin but there’s tone more besides.

With the group all being brothers was it easier to find your sound?

Yeah it was very easy. The brother thing actually made everything a lot more smooth starting out.

In terms of song-writing do you write as a group or individually?

It’s a mix really, we normally jam, bring stuff together or write alone. It all depends on what is best for the song at the time.

How do you think your recent E.P Devil Fruit shows your evolution as a band?

I would definitely say that we became better song writers, we knew how to put a rock song together a lot more when we did Devil Fruit. I still love Cat & Mouse (the band’s first E.P) but I’m not sure we definitely knew how to do that at that point.

How do you think these E.P’s will lead a your full-length album?

We’ve actually just recorded the first half and it should be coming out in January. There is some new sounds going on with it but there’s a lot of the more classic sounds going on too. That’s why we are really, really stoked about it.

You play here at the end of the month, what is a typical Radkey live show like?

It’s fast, it’s usually pretty hard and we try to have a really good time. When people pay to see a show you got to give them what they want. It’ll be fun.

Will you be playing songs from your upcoming album? Do you use live show as a test for these tracks?

Yeah we’re going to play pretty much all that we recorded so far. We’ve played the new songs and the reaction has been great. That’s how we know what songs to use.

Tickets to see Radkey at the Academy 2 on June 26th are priced at €15 and are on sale now via ticketmaster.ie.