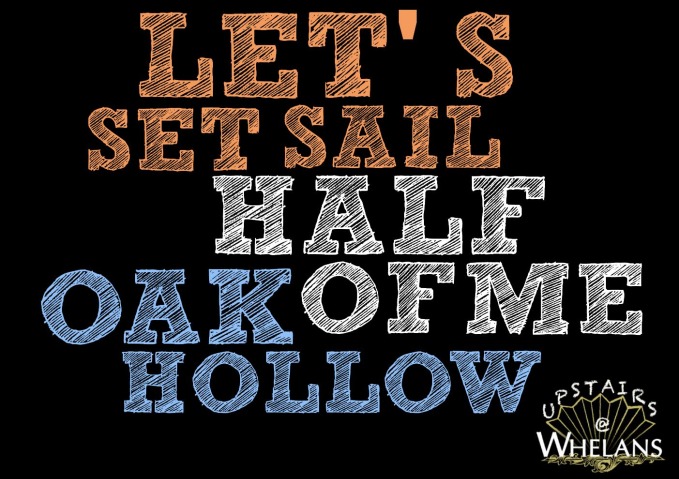 Pickled Onion Record’s have unveiled the line-up for their upcoming Midnight Hour showcase in Whelan’s on Saturday, June 28th.

Confirmed for Midnight Hour  will be alternative-pop act Let’s Set Sail, who will be following their recent appearance at this year’s Forbidden Fruit festival. The band’s new E.P Marbles which captures the band’s multi-textured and melodically interweaving sound most succinctly felt in ‘Arrival’.

Indie-rock trio Half of Me will also perform on the night. The Dublin-based band have just recently released their E.P 99 an energetic blend of the group’s various stylistic leanings incorporating post-rock ambience, visceral rock aspects and slight experimental flourishes.

Oak Hollow complete the line-up of artists appearing as part of Pickled Onion’s Whelan’s show. The four-piece are currently preparing their début E.P.

Admission to see Let’s Set Sail, Half of Me and Oak Hollow all play the Midnight Hour in Whelan’s on June 28th is free before 10.30pm after which Club admission applies. The show will run from 12am – 2am.

Click below to watch Half of Me’s music video for ‘Cornelia’ taken from their latest record 99 E.P.