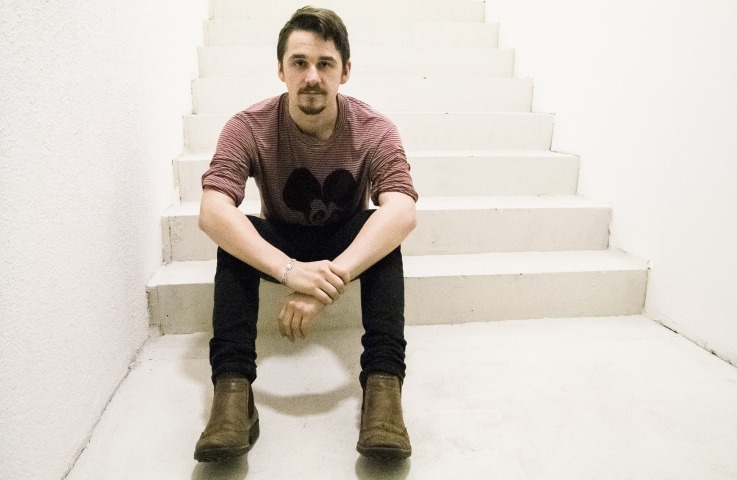 My Tribe Your Tribe a.k.a George Mercer will play the Homebeat & Pickled Onions presents: Summer Beats showcase in Whelan’s main venue tonight (June 7th) with Carriages and WOB!. Mercer recently spoke to theLastMixedTape.com ahead of the show about his music and ever-evolving sound.

What drove you to create My Tribe Your Tribe?

I guess My Tribe Your Tribe was growing in the background while I was taking moments away from other bands and projects.It was a genuinely open-minded musical experiment that later (somewhat surprisingly) developed into something that I realized I could treat as a main musical direction.

From the moment of seeing Radiohead’s 2006 Glastonbury headline show, I knew that I would delve into synth sounds at some stage. I wanted to focus on finishing material on my own as up to that point I was always a little bit insecure in how I approached writing, thinking that..’when I bring it to the other band members then the track will feel finished’.. It was a valuable learning experience. Once you only have yourself to work with, you’ve no choice but to get it right..or does right even exist? Still learning, of course..

In terms of sound how different has it been working as a solo artist as opposed to your previous experiences working in a band?

What sucked me into electronic style was the limitless possibilities when working with atmosphere and colour. There really so few limitations other than those that you experience when you go to work out your songs in a live context of course.

For both MTYT EP’s, I would focus on writing a strong groove, or rhythm and allow the other instruments to play off this.. I still work that way, feeling that when a drum rhythm is strong enough, the song will build around it, and there is a rhythmical urgency that the listener can instantly get into.

Writing electronically is an energy I feel I relate to more so than large band dynamics in some ways. Writing with a softer more ethereal flow is closer to home for me. A lot of musicians seem to repeatedly comment on ‘sticking to your strengths’.. For me that means, allowing space and a suitable dynamic for my vocals and message to cut through. The more I write, the more I want to give prominence to the voice and lyrics of the song. Otherwise you’re just drowning in your own sounds!

How did your sound evolve from your first E.P Vol I to your more recent E.P Vol II?

I had written Vol I over a period of about two years whereas Vol II was the guts of 6 months or so. Vol I was more from a result of listening to groups like Miracle Fortress, Phantogram, Faithless, Four Tet ,Koreless etc.. I was the least interested in writing guitar lines I had ever been before.

For Vol II, I was open regarding musical direction. I had no preference or emotional attachment to one style of music than another, whether it be Cass McCombs or Totally Enormous Extinct Dinosaur.. I wanted to see what would happen if I let all my influences naturally combine, and so Vol II was very much a progressive step for me. I think I was gradually moving towards writing with a more band-like approach again. Large drum sound etc.

While your next release be in the form of an E.P or album?

The next release will be short-length. We’re currently in the middle of recording at the moment in Echo and Wave Studios in Kildare now that you mention it. The first two EP’s were recorded at my home, but we’re progressing towards a more expansive recording dynamic with real drums. Myself and Tod Doyle (drummer) are working closely together to develop the sound into a larger band feel to co-ordinate with the live show.

We want to start recording as we mean to perform, instead of previous times, when I would record the EP myself and then bring it to the band to see how it could be performed. We’re putting out a single in September firstly, which will be followed by a 3 track EP shortly afterwards.

You will be playing Homebeat & Pickled Onions’ ‘Summer Beats’ showcase this week. How different is your live sound/performance in comparison to your studio work?

Our live sound at the moment, is comparably larger than the EP recordings like I mentioned in your previous question. We’re not a DJ style of stage setup. It’s definitely more of a live performance. The result of this is in a more intense and energetic live sound than the form of chilled subdued recordings on the two EP volumes. We’ve adapted our setup to perform as a two-piece, and so our performance is largely about our communication on stage, our shared energy or chemistry.

For more information on Summer Beats in Whelan’s on June 7th visit the event’s Facebook page.Click below to watch My Tribe Your Tribe’s live performance of ‘Outside Red’ at HomeBeat #19.