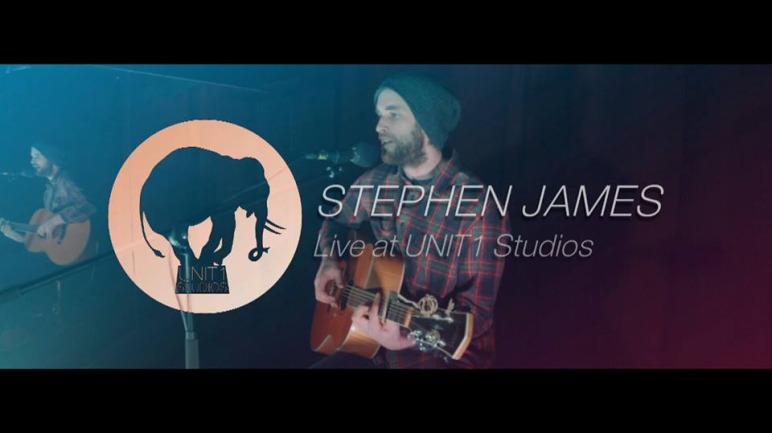 Singer-songwriter Stephen James is the latest artists to be filmed in the intimate surrounds of Unit-1 studios in Dublin.

Held in the deep haze of stage lighting that illuminates the studio, captured so beautifully in the opening shot that gives a sense of place to the piece, Stephen James softly trembling vocal convey’s the subtle storytelling nature of ‘Pretty Ballerina’.

Moving through the deftly handled performance, the piece calmly takes hold with each rhythmical passage that supports the deeply evocative and nuanced lyrical expressionism of James’ song-writing style.

Portraying the intimate feel of Stephen James acoustically based sound, the visuals take on an equally tranquil quality. Cuts between shots focus more on the physicality of the performance, close-up images of the musician’s hands moving gently across the strings to more open images of James himself, fix upon the performance drawing the viewer in.

An endearing addition to the Unit-1 series, Stephen James is allowed to simply convey his talent through the his finely tuned craft, while Laura Sheeran’s camera work adds a sense of space and air to the piece.

Click above to watch Stephen James perform ‘Pretty Ballerina’ live in Unit-1 studios Dublin. The video itself was filmed by Laura Sheeran and recorded by Marc Aubele.