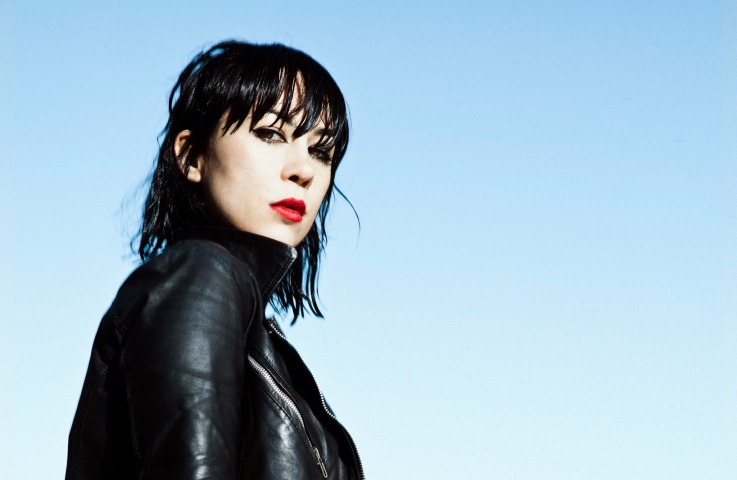 Dream-pop outfit Dum Dum Girls took to the stage at the Button Factory in Dublin on Saturday night showcasing the lush production and hard-edged garage-rock influences that forms the group’s recent album Too True.

With the venue bathed in the neon glow of the stage lighting, Dum Dum Girls delivered a set that spanned the band’s rich back catalogue of work with particular emphasis on their recent, and career defining release Too True.

Showcasing the group’s growth and sea-change in terms of sound, Dum Dum Girls live performance flickered with moments of pure brilliance as the more broad scope of the band’s stylistic approach was opened through passages of visceral noise-pop found in ‘Bedroom Eyes’ and harmonically lush dream-pop of ‘Too True To Be Good’.

The undeniable presence of vocalist Dee Dee Penny dominated the stage with the musician’s emotive performance of ‘Are You Okay’ encapsulating the songwriter’s continued growth both artistically and musically. While the forceful vocal that drove a bone-shaking rendition of ‘Rimbaud Eyes’ captured an aggressive edge and timbre to Penny’s performance.

Through flourishes of melodic, rhythmic and harmonic beauty the show continued to captivate with Dum Dum Girls powerful, cohesive sound blending the group’s large-scale live performance with the more personal aspects of the music.

Further exemplifying Dum Dum Girls sonic sea-change, a pounding slow-burning version of ‘Lord Knows’ from the group’s transitional E.P End of Daze (released prior to their current album Too True) the gradually building tension and opening scope of the song’s choruses brought the band’s continued growth into focus with the jolting percussion reverberating within the Button Factory’s walls, providing one of the many highlights that populated the night.

With the shuddering rhythmic guitars of ‘Lost Boys and Girls Club’ bringing forth a palpable lift in tempo, the melodic hooks crashing beat of drums and Dee Dee Penny’s pin-point performance showcased Dum Dum Girls ability to convey great depth within their music, also translating the stylish studio production that forms Too True. While a simply stunning re-imagining of ‘Sight of You’ by Pale Saints brought the night to a powerful close.

A band that have evolved without compromise and continue to expand the boundaries of their eclectic sound, Dum Dum Girls performance at the Button Factory was a testament to the group’s singular approach found so succinctly in the brilliant Too True. In this context the group thrived in their ability to convey every note, emotion and flourish of creativity that formed the record through a stellar live show.