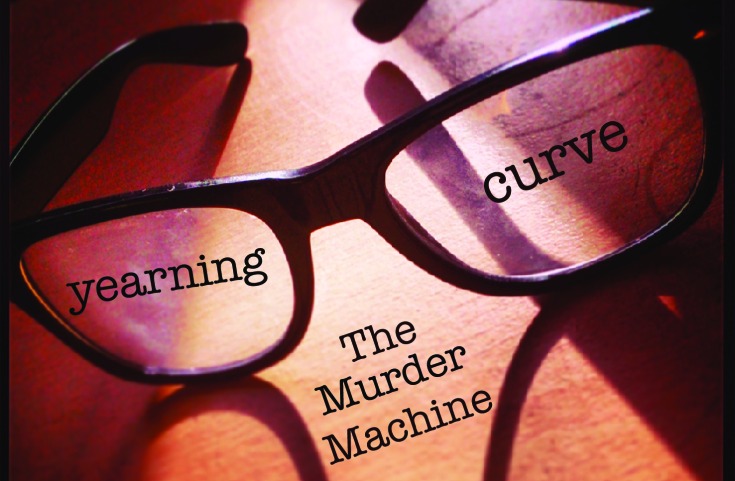 Flashing with moments of real beauty tracks such as ‘On The Wheel’ and ‘The Soldier’ capture Yearning Curve’s brooding atmospheric sound most effectively with the recordings finding a harmonic nature that supports the themes explored tonally.

The group’s ability to blend various genres into one cohesive tapestry is also found throughout The Murder Machine also showcases the duo’s promise artistically. ‘Distant Drum’ provides a more electronic layer to Yearning Curves acoustic, folk inspired music while also opening the scope of the album to a larger palette of sound.

However, where The Murder Machine falters is in its delivery of the themes and concepts explored within the album. While the ideas discussed within the record are indeed worthwhile and feel like they originate from an honest place, there seems to be a lack of engagement both musically and lyrically from Yearning Curve resulting in the L.P feeling clichéd. While the lack of depth found in the album’s production gives little for the listener to connect with in terms of sound.

The use of spoken-word and newsreel clips in the title-track underline this absence. These overused tropes lack subtlety and make the album’s concept feel forced where a more personal and grounded take from Yearning Curve would have resonated better and gave the record a more relatable edge rather than the more broad scope taken.

However, with this being Yearning Curve’s début album these flaws are understandable, but the group must re-assess how they translate the lyrical concepts they wish to explore to avoid sounding like a newsreel themselves in their future work.

The Murder Machine flickers with promise but due to several deeply engrained flaws the record never properly finds it’s feet. Début albums are a tricky business and can often expose unreadiness in a group’s evolution, perhaps another E.P or simply more time was needed before committing to a full album release. Yearning Curve have all the ability and creativity to realise the potential of tracks such as ‘Distant Drum’ and ‘The Soldier’ but a more considered, less rushed approach both in terms of production and composition is needed.

The Murder Machine by Yearning Curve is out now.