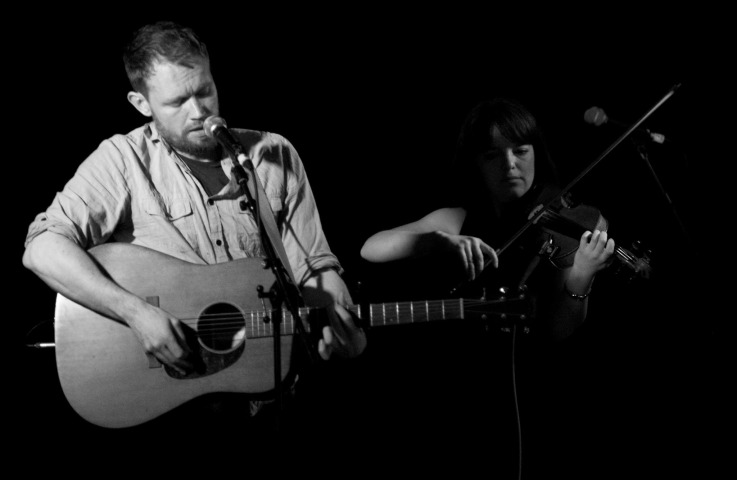 Matthew & the Atlas will come to Dublin on Sunday May 4th to play the Academy 2 in support of their début album Other Rivers which was released in April. Songwriter Matthew Hegarty recently spoke to theLastMixedTape about the new record and evolving his sound.

How did the process change from writing your previous E.P’s to making a full-length album, Other Rivers?

It took a lot longer to make, and the E.P’s were both very quick processes. I locked myself away and started demoing the album for a long time, trying different things. It was a lot more involved than the E.P’s and took the best part of the year.

How did you want to expand on your previous work with this album?

I felt slightly stuck in a rut using banjos and other instruments that featured in the E.P’s. I wanted to expand my sound and the instruments I was using. I felt I needed to do that and find a broader palette. So I began working with Logic and using that to create new sounds for the album.

Did your song-writing change with the introduction of more digital processes?

Not really, since a lot of the songs were written already. What it was really about was dressing the songs up in different clothes in terms of sound. So the tracks themselves didn’t change much but it does allow for change further down the road.

Did you consider how the songs would translate live while recording the album or did you keep those processes separate?

I didn’t really think about the live side of things. At the time it was more about just getting the album down. I try not to think too much about how everything live when recording but once it was done we definitely had to find a way to make them work live.

Was that a difficult process considering the large-scale production of Other Rivers?

It mostly consisted of us working out what the most important part of the song was, and trying to get that across. Since the sound on Other Rivers is so big and we’re only a four-piece we couldn’t replicate everything. We had to find the vital parts of each song, it’s not as electronic live and that makes it a bit different for us as well.

Tickets for Matthew and the Atlas’ show in the Academy 2 are priced at €11 and are on sale now. For more information visit ticketmaster.ie.