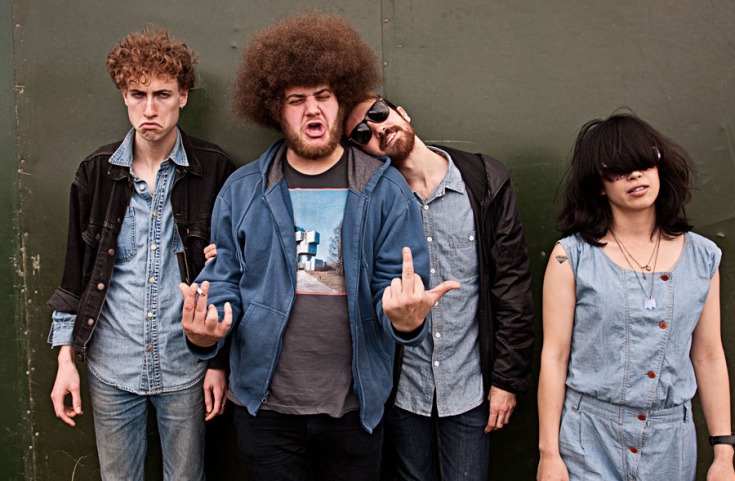 As a band how did the process of making ‘Glow and Behold’ differ from your debut?

When we were making this album we focused more on how it flowed from start to finish. We all felt like we wanted to make something more coherent. The first record felt more like a ‘greatest hits’ so to speak of a two year period, I guess we wanted to try writing music with an album in mind.

How do you feel Yuck’s sound has evolved since that first album?

I guess for this album we were experimenting more with broader instrumentation, and experimenting beyond the template of bass/drums/guitars/vocals. I wouldn’t necessarily say that we’ve settled on our sound as a band though, I think its natural for us to always be developing our sound as our tastes change.

Do you think that ‘Glow and Behold’ works as a snapshot of where the band is now in terms of sound?

I think it is definitely a snapshot of that period of time for the band, and for me personally it represents what I was going through during that time. I think I’ve moved on since then though, as soon as I finish something I generally want to draw the line and start something new.

On this album Ed Hayes joined the group. How has Ed’s involvement impacted on Yuck’s music?

Ed actually joined the band after this album was recorded to play live with us. But Ed is an extremely talented musician, and his presence in the band has definitely shaken things up creatively. He’s a music machine!

You come to Dublin at the end of the month to perform. You’re last performances here in 2011 where extremely well received what can people expect from Yuck’s live sound this time around?

Since we’ve started touring this album, the dynamic in the band has definitely  changed and our live shows feel a lot more energetic than they used to. Both our shows in Dublin were so good, the audiences were amazing so we’re all really looking forward to coming back there… and I’m not just saying that!

What do Yuck have planned for the future? Have you begun work on new material or are you concentrating on the live/touring side of things?

We’ve started writing new stuff, its pretty hard not to. The past couple months of touring have been really inspiring for us, so we’re all pretty eager to start making new music.

Tickets for YUCK at the Workman’s Club, Dublin on April 30th are priced at €16.50 and are on sale now via ticketmaster.ie. For more information visit theworkmansclub.com.