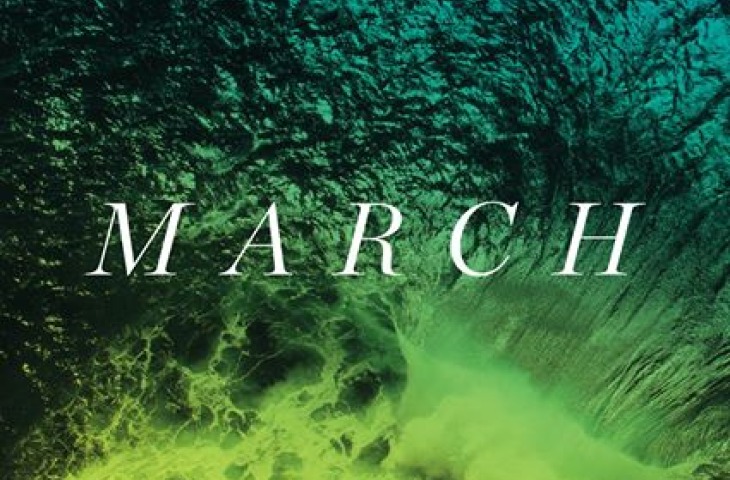 Indie-electro trio Für Immer’s début album MARCH is a pulsing, expansive release from the Dublin based group that flickers with moments of real brilliance.

The heavy ambience of Für Immer’s fluorescent sound is firmly established as the group brings MARCH into focus with the opening track ‘Killing For Company’. As the building pulse of rhythmical synth patterns is expanded upon by glistening harmonic textures, the track creates the tone and mood that forms the sonic core of the album.

As the record continues, Für Immer begin to evolve the sound of MARCH with melodic pops and clicks that grab the attention and suddenly recede into the harmonically charged sonic backdrop. ‘Something Like You’ and ‘Look Away’ showcase this aspect of the group’s carefully structured approach as the multi-layered aesthetic of each track act to maintain a cohesive stylistic thread throughout the L.P while still progressing and developing texturally.

The shimmering grandeur of ‘Follows’ provides the high water mark of MARCH with the chiming syncopated percussion melding with the rhythmic vocal to form a captivating aesthetic that draws the listener into the echoing soundscapes that resonate with a powerfully engrossing harmonic tapestry, resulting in the album’s most emotionally evocative recording. It is with this track that Für Immer really step beyond the more conventional electro influenced elements of their sound and develop upon them.

Containing flashes of beauty and atmospheric weight MARCH is a début that translates Für Immer’s palpable sense of self. Creating an individualistic sound that permeates throughout the group brilliantly establish the shape and sound of the début record giving an interesting glimpse into the band’s future work.

MARCH from Für Immer is out now.