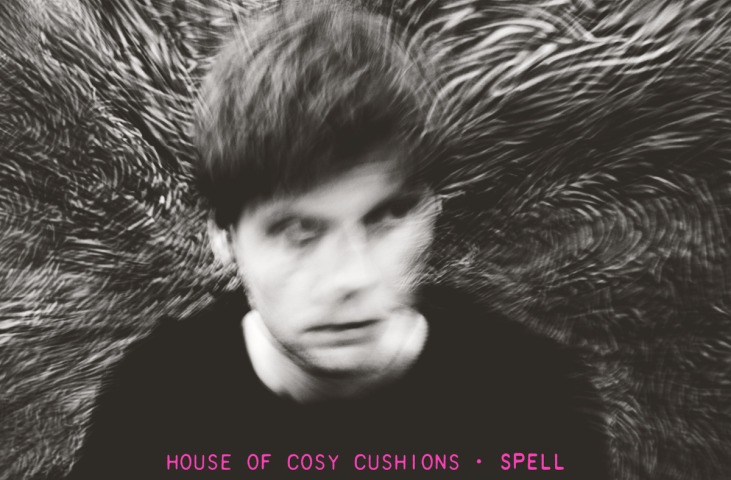 The latest album from alternative-ambient act House of Cosy Cushions, Spell, produces a textured brooding aesthetic that will last long after listening.

Beginning with the uneasy pulse of harmonic, tonal melodies and screeching undertones of ‘Mountain’ the slow-burning ambience of Spell is introduced through this avant-garde opening, creating the deep sense of mood that permeates from House of Cosy Cushions simply engrossing music.

As the full-scale ebb and flow of soundscapes that interweave their way throughout Spell the encroaching nature of the record moves more clearly into focus with the tracks ‘Girl with the Insect Dress’ and ‘Ancient Rhyme’. The album begins to take on an almost visual aspect with each song evoking a deep feeling of space and setting with Richard Bolhius’ ominous vocal acting as the narrative.

Giving a sense of dynamic and textural aspect to the album ‘Into the Woods’ growling with an aggressive tonal core coupled with a persistent pounding that holds an unrelenting grasp upon the album, insisting itself upon the more ambient gentle recording found within the album. A darker harmonic depth is found with this track as it works to add yet another shade to the monochromatic spectrum of sound that forms Spell.

With each song complimenting, evolving and at time juxtaposing it’s predecessor it becomes more clear that Spell is one cohesive piece rather with different movements and sections melding into one another to create a larger aesthetic that must be experienced as a whole.

Spell showcases the uncompromising nature of House of Cosy Cushions in an album that seems to have been made on its own terms and for that it must be considered as a piece in and of itself. Dramatic, engrossing and at times unsettling the record is a testament to the mood and tone that created it.

Spell by House of Cosy Cushions is out now.