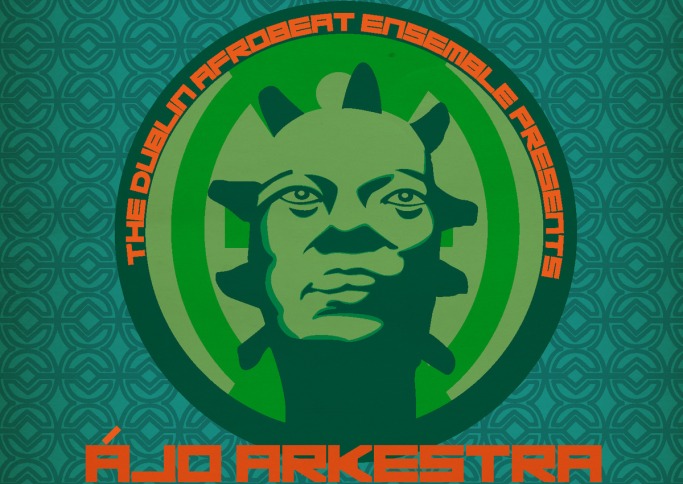 Providing a vibrant, bursting spectrum of sound and rhythm the Dublin Afrobeat Ensemble’s E.P Ájo Arkestra pulses and grooves with each melodic or percussive movement.

From the opening resonant echoes of ‘Which Kain Friend’ to it’s sudden dynamic burst of sound that showcases the groups palpable musical cohesion, the ease and slow-burning feel of Ájo Arkestra is gently constructed around syncopated beats and interwoven instrumentation.

Building on this sonic tapestry and fusion of rhythm and melody the Dublin Afrobeat Ensemble’s eclectic blend of multiple genre roots music and more modern leanings results in a sound that maintains it’s relevancy. Unrelenting in its sheer force of groove and pounding percussive aesthetic, the music serves as an evolving backdrop for each vocal delivery that adds yet another layer to the group’s sound.

However, it is the more straight-up funk found within ‘History of Money’ that the band’s ability to reinterpret their musical influences without succumbing to them is found. Joyous blasts of booming brass populate the tracks as the Dublin Afrobeat Ensemble create a sense of aspect to their music, moving from large-scale soundscapes to more stripped back verse that build steadily as the vocal swirls the song into a frenzy of sound.

Ájo Arkestra must be experienced as a full-piece, with each track serving to compliment the E.P as a whole. With the depth of talent found within the group’s carefully constructed interplay the record finds it’s core in the joyous approach the Dublin Afrobeat Ensemble bring to their art.