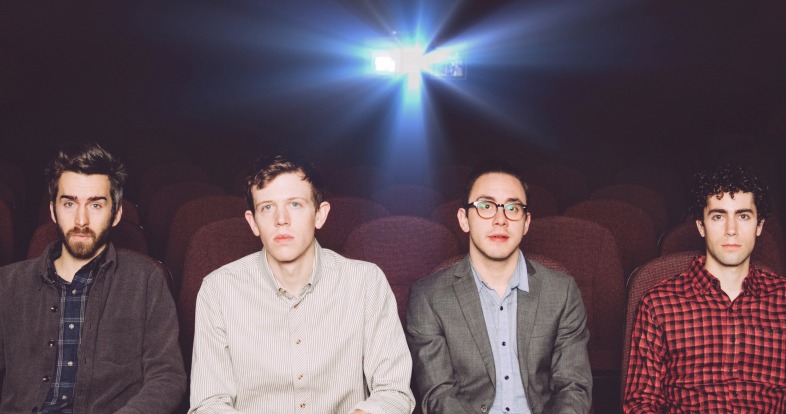 Canadian indie-rock act Tokyo Police Club will come to Dublin next month to play Whelan’s on March 28th, mere days after the release of the group’s third studio album Forcefield on March 24th. Vocalist and bass player David Monks spoke to theLastMixedTape recently about the bands evolution in sound and song writing.

It’s been four years since your last album Champ what can you tell me about the time building up to making Forcefield?

When we started writing for this record we basically picked up from where we left off with Champ but as we were writing we just weren’t satisfied with what we were doing. It became this search through this back catalogue of songs we had, and there was a lot. Also we were growing as people, Greg got married, I moved out to New York and we wanted our songs to grow in that respect.

And what was it about the first batch of songs that you weren’t satisfied with?

I think that first it was the lyrics. In retrospect when I have the lyrics written it becomes easy for us to work out the structure but if I don’t feel like I have something to say then we really don’t have a beginning to move from. So we were scrabbling, trying different things and when my regular approach wasn’t working. But then we wrote ‘Argentina’ and that felt like a really solid statement, which was followed by ‘Miserable’ which had a really direct lyric, I finally felt that I wanted to say what I wanted to say and not be cryptic about things, so that got everyone going.

‘Argentina’ is, as you said, a big statement of intent from the band. How important was it for you as a band to return with such a powerful track?

Yeah I was definitely excited about that. I think that Champ started out with a really warm easy vibe while ‘Argentina’ starts out with just a drum and a guitar and is a bit more harsh. I think it was really important to make that statement, and now that we have the three songs out there we’ve fully made that statement about this album.

And with the eclectic feel of those tracks especially the difference sonically between ‘Argentina’ and ‘Hot Tonight’ how much of an indication of Forcefield’s diversity?

I think so, and with ‘Tunnel Vision’ as well there definitely a lot heavier tracks on the album too. We didn’t want to stay in the middle, ‘Argentina’ took it all the way to the more epic side of things while ‘Hot Tonight’ pushes things towards the really pop aspect of our music, its extremes. That indie-rock wave we came out of a couple of years back is all but dead, friends of ours have had to change things up, obviously Vampire Weekend did that so brilliantly, but we also saw some bands fall apart because they weren’t able to find something new and we didn’t want the same to happen to us.

In terms of that change how does that approach translate to the live shows?

The live shows have become so much fun. And it’s not that we have this back catalogue of mega hits to draw from but in terms of our fans it’s the songs from each record that they like the most whether it be from Elephant Shell, Champ or this album we can perform a more comprehensive show. Our object with the live shows is to have fun and not be over dramatic or shambolic. We want it to feel as natural as possible.

Tickets for Tokyo Police Club in Whelan’s on March 28th are priced at €15 and are available now. For more information visit ticketmaster.ie.