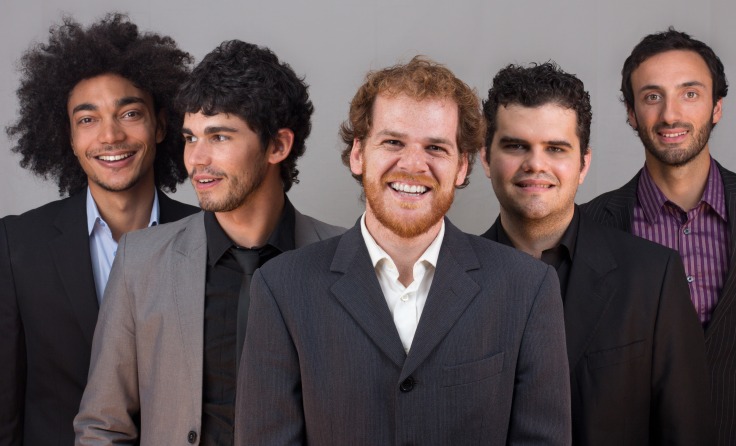 Peruvian Jazz outfit PHISQA celebrated the anniversary of the release of their debut album in the Bello Bar in Dublin on Sunday night.

Providing the perfect setting for PHISQA’s dynamic jazz performance, the underground, candlelit ambience of the Bello Bar set the scene for Cote Calmet and his band to deliver a night of sublime music.

From the opening bars the palpable interplay from PHISQA showcased the group’s sheer depth of talent as the syncopated rhythms and swirling melodies carried out in to the venue capturing the captivated audience with each beautifully performed note.

Caught in the soft lightning of the Bello Bar’s intimate stage, PHISQA weaved their complex compositions with ease as the band moved through building dynamic passages that rumbled and shook the venue, that flickered shadows on the wall, to softly performed sections that brought those in attendance to a hush as they held their collective breath in anticipation of the sudden vibrant jump that would follow.

The pulsating rhythms of ‘Nuna’ raised the intense musical interplay between Calmet and bassist Cormac O’Brien As the sharp stabs of percussions pounded and resonated within the room. Moving frantically around this percussive motion, Chris Engel (saxophone), Julien Colarossi (guitar) and Leopoldo Osio (piano) blended harmonically pushing the music forward with each sublime solo.

Bringing the show to a close with a performance of ‘Ayarachi’, PHISQA’s brought forward the jazz outfit’s superb and seemingly effortless musical communication for all to see. With the crowd swaying to the intricate up-tempo rhythms both group and audience became one with the music for a fleeting moment. Stunning.