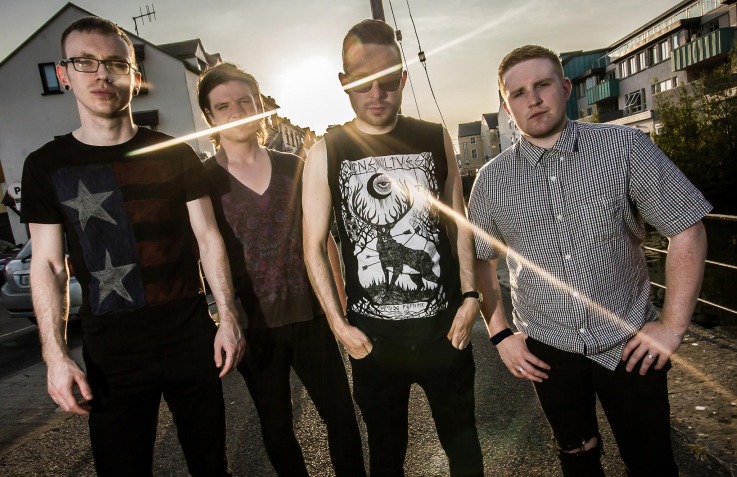 How did this E.P first take shape for you and the band?

In  terms of songwriting ‘All The Way’ and ‘Une Partie De La Vie’, which has a really sad story behind it, were ready to go before the E.P’s release. I had them written before we got the band together to work on them. I’m not usually a fan of jamming, because I think that can be unfocused, but it really worked in this case and we got ‘Don’t Mistake It For Love’ and the single ‘Don’t Let ‘ out of it. Then it all came together when we got it mixed in L.A.

You said before that ‘Une Partie De La Vie’ had a sad story behind it. Can you elaborate?

Yeah, it is about suicide. The story describes the suicide of a girl, it’s a lot darker a subject matter than the rest of the record. The lyrics and especially the chorus talk about that persons thoughts and feelings during that moment. It was written during a really hard time for me personally and I think that came through in that song.

Do you think that as a songwriter you’re affected by the world around?

I wouldn’t have thought so before, and I would have probably been a little embarrassed to admit it because it would sound a bit “naff” or stereotypical to say (laughs). But I think recently that has definitely been the case and especially with tracks like ‘Une Partie De La Vie’. I like to consider myself as a strong person in life, and I think that songwriting maybe were I deal with things.

You said before that jamming is something you like to avoid. How did you and the band work together on this record?

The guys bring a lot of flare to the music, we practised so hard on each of these songs. We’re not afraid to try out new things with our sound. We’re mostly indie-pop with some rock in there two, we kind of bring those two styles together and add some more experimental and unusual elements in their too like playing with the conventional song structure.

What did Audio Fires want to say about their sound and future work on this record?

We definitely wanted it to be more eclectic and showcase what we can do as a band. We have some pop songs in their like ‘Don’t Let’ which is a short, fast rock-pop track that just does its thing but we also have darker productions in it as well like ‘Une Partie De La Vie’ which ends the E.P. We want to show the art inspired side of pop music and really experiment with the sound too.