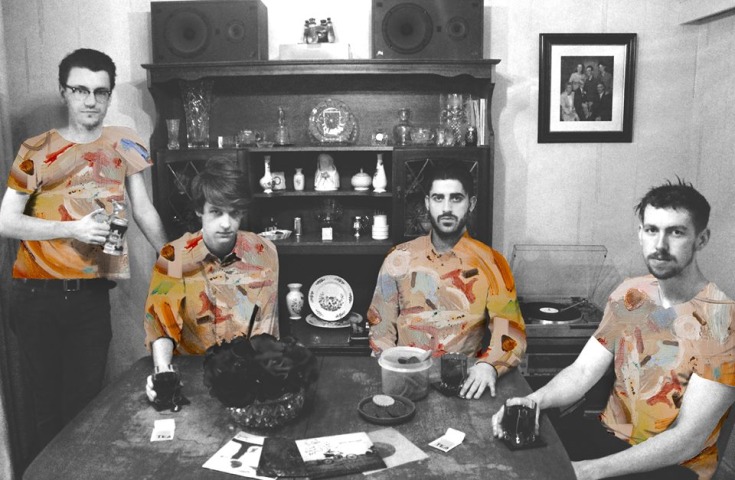 Directed by Bob Gallagher, and infused with the auteur’s always engaging sense of imagery and tone the video’s gorgeous use of projection and ambient lighting captures the slow-burning mood of Tandem Felix’s latest single.

As the beautifully shot projections flicker and dance behind the group, cast in shadow, Gallgher’s stunning ability to compose each image is simply outstanding with the video containing several subtle visual moments.

With the resonating, echoing timbre of ‘Ryan Hoguet’, the director mirror’s the hushed vocal performance with the projection’s silent character’s (actors Stephen Kerr and Ruby Zoloo) captured behind close shots of the group performing.

Gallagher’s moving camera work, and evocative use of imagery highlight’s a unique understanding between the visual and musical elements of the piece as both intertwine perfectly within the simply yet effective concept of the video’s narrative.