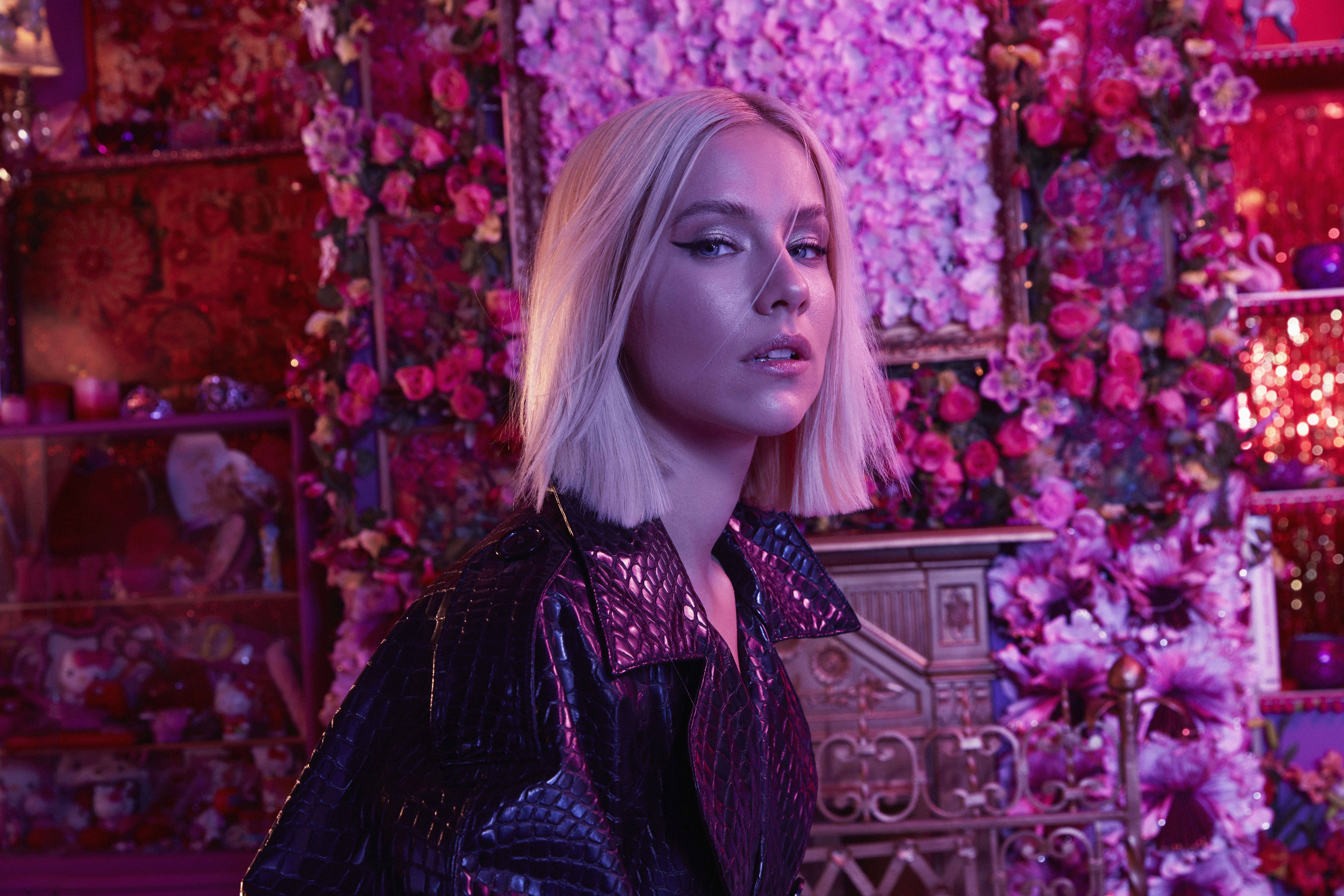 “Originally it was inspired by the old movie, Casablanca” Dagny recalls when talking about the inspiration behind her latest single ‘It’s Only A Heartbreak’. “There’s a really famous line where the main character says “Here’s looking at you kid” to this woman cause he knows he’ll never see her again. I knew how that felt, I think we all do. Even though the song is upbeat, it has a serious background to it”.

Indeed, Dagny pulls influence for her songwriting from a myriad of inspiration, including the world around her. “Sometimes I think my life isn’t dramatic enough.” she laughs, “so old movies and song inspire me. Other people’s stories too as well as my own. ‘Coulda Woulda Shoulda’ is inspired by an episode of Sex & The City”.

Following her breakthrough hit ‘Backbeat’ grabbed music fans attention in 2016, Dagny has been building towards the creation and release of her forthcoming debut studio album Strangers / Lovers (due out on October 2nd). Speaking about the road leading up to this pivotal point, Dagny reflects. “It’s funny, I’ve been singing since I was 16 years old and I’ve found old interviews from years ago where I am promising my debut album was just around the corner. I eventually had to stop saying that, cause it wasn’t true. I wasn’t ready yet. Since ‘Backbeat’ I had so much to learn, I’ve always wanted to tell a story on a bigger picture and show a different side to my music, but it wasn’t until last year that I felt the time was right.”

“I think when I decided to set up my own label,” Dagny continues. “I felt I had the freedom to make the album. I had 250 songs to work through, and people were looking for a massive hit but I much rather the idea of making a full record. I enjoyed the process of telling a story not with just one song but with lots of songs and sounds. Plus, I’ve been gigging the same ten songs for years, so I think me and the people who have stayed with me all this time are ready for something new”.

Set for its full release on October 2nd, Strangers / Lovers is an album cast across two parts, one of which (side A) was released earlier this summer. Speaking about the narrative and thematic concepts that went being the record, Dagny states, “the two sides to the album came to me a long time ago. I’m from Northern Norway, and we get 24 hours of night and 24-hour daytime depending on the time of year. I remember saying that when I got the chance to do a full album, I wanted to make something that had both a light and a dark side. Side A is upbeat like summer, while Side B feels more like Autumn.”

“I react emotionally to songs” Dagny comments when asked about how she curated years of songwriting into her debut offering and fit with the central narrative of the album. “So I was able to bring everything down to the songs I connected with the most, and I felt I could make the contours of a full story. The idea of going from Strangers to Lovers and back to Strangers again is brutal. The idea of being close to someone then not being able to pick up the phone to talk to them again. Side A is chronological, it’s about meeting up and falling in love like ‘Come Over’ and ‘Paris’, but by the time you get to Side B you can see things aren’t what they once were.”

Live shows are such an essential part of the music. With the current pandemic impacting performances across the globe, Dagny looks forward to finally being able to perform once again, stating. “I love live music, it’s what I live for. Gigging is the reward to making this album, I miss it and hope that I can go out and play this album before I go and start the next one. I really can’t wait to play ‘Somebody’, ‘Come Over’ and ‘Coulda Woulda Shoulda’. So hopefully things will go back to normal soon, for both musicians and fans.”

Strangers / Lovers by Dagny is due out on October 2nd via Little Dagger Records. Dagny will also headline the Academy in Dublin on April 10th tickets on sale now via ticketmaster.ie.