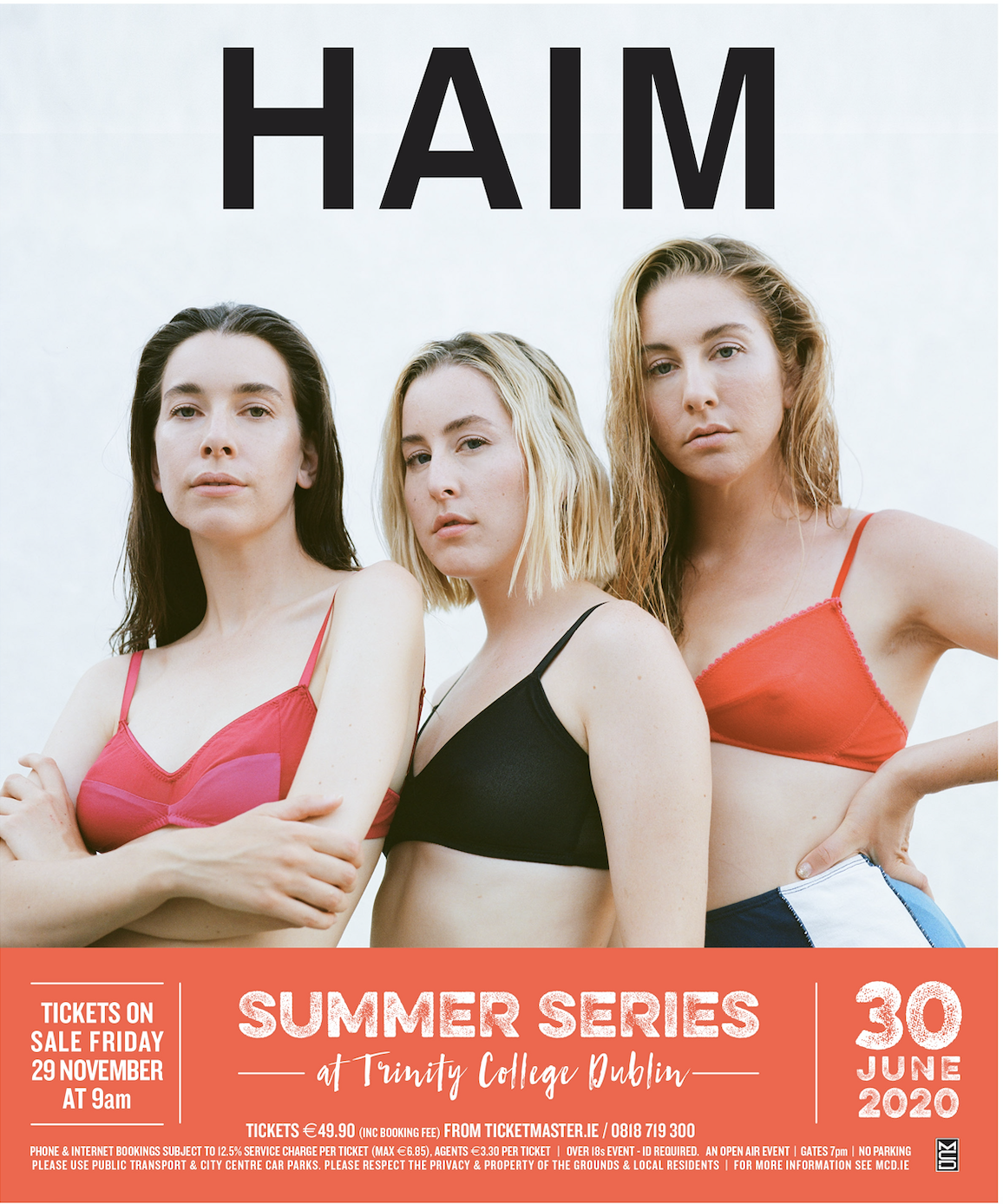 Haim will return to Dublin next summer to play the Summer Series at Trinity College.

Taking place on June 30th of next year, Haim will play the outdoor gig series in Trinity College, Dublin. The announcement comes after a string of singles from the band including ‘Hallelujah’ and ‘Summer Girl’ (check out the music video below).

Speaking about what influenced Haim’s recent single ‘Summer Girl’ guitarist Danielle Haim says “I started ‘Summer Girl’ around the time when my boyfriend was diagnosed with cancer. We were on tour when that was happening, and whenever I checked in with him I tried to be some kind of sunshine or light—something to brighten his day when he was feeling dark.”

Tickets to see Haim live at the Summer Series in Trinity College, Dublin on June 30th are priced at €49.90 inclusive of booking fee and will go on sale at 9am next Friday, 29th November via www.ticketmaster.ie.